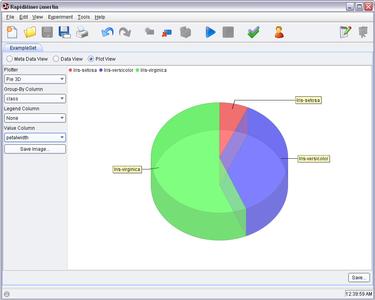 The main focus of the new RapidMiner Release 4.2, among other things, is to improve the scalability of RapidMiner for the analysis of very large amounts of data. The database access has been improved and now offers constant access times for databases of any size. The focus on large-scale data mining is also demonstrated by the re-implementation of several data mining methods, leading to a significant speed increase up to a factor of