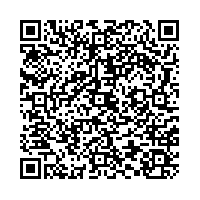 Rapid-I improves usability of RapidMiner in version 4.4 and adds many new features 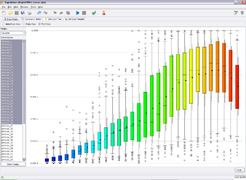 (PresseBox) ( Dortmund, 09-03-19 )
Since the release of RapidMiner 4.3 in November 2008, Rapid-I again invested a lot of effort into further improving RapidMiner to better meet the growing demand of data analysis, ETL (Extract, Transform, Load), and BI (Business Intelligence). The result, RapidMiner 4.4, can now be downloaded free of charge at www.rapid-i.com and offers improved usability, 35 new operators, more than 30 bug fixes as well as many new features.

The new features of RapidMiner 4.4 include new data pre-processing and transformation options, new process design features, several new modelling techniques including linear and quadratic discriminant analysis and fast large margin methods. The processing of time zones was improved and new operators for renaming attributes were added. One focus of the new version is on improved visualizations. For example the visualization of graphs and decision trees is now clearer than before and uses colors to better distinguish different elements. Also in the automated modelling methods, Rapid-I could realize further improvements. The learning techniques for decision trees have become much faster, the options of the neural network learners were extended, and new binominal classification performance measures were added. This is just a small excerpt from the numerous extensions and improvements of the new version 4.4 or RapidMiner. Despite these massive extensions, the usability of the software, always a central goal of Rapid-I, was further improved.

Like in the previous version, RapidMiner is available in different editions. User can choose between the freely available Community Edition of RapidMiner, several Enterprise Editions, and a Developer Edition, which is a OEM edition for open and closed source software developers and integrators. The RapidMiner Enterprise Editions are optimized to satisfy the needs of professional analysts. RapidMiner Enterprise of course also features also of the above mentioned advantages. In addition, its reporting engine was extended and improved and now supports corporate design templates, default logos, and further report configurations better than before.

RapidMiner [ www.RapidMiner.com ] is the leading open source data mining software. According to a poll of the major web portal for data mining and knowledge discovery, KDnuggets.com, in May 2008 among 347 data mining experts, RapidMiner is the most widely used open source data mining tool and the second most frequently employed software for data analysis overall. A study of the Technical University of Chemnitz presented at the international Data-Mining-Cup 2007 (DMC-2007) compared the major open source data mining tools and found RapidMiner to be the leading open source data mining software outperforming the others especially with respect to its advanced technology and to its usability. Within its "Innovation Award 2008", the German initiative for small and mid-sized businesses ("Initiative Mittelstand") awarded RapidMiner as one of the most innovative open source solutions. RapidMiner has thousands of users in more than 40 countries world-wide. During the last three years, RapidMiner was downloaded more than 400,000 times. RapidMiner provides more than 500 different modules for detecting patterns in data and for their 2D and 3D visualisation. RapidMiner supports data import from common data formats of other data mining tools, Excel sheets, SPSS files, all common databases, and unstructured text documents like news texts, e-mail messages, web pages, web blogs, PDF documents, as well as time series and audio data. The RapidMiner Enterprise Edition supports the complete process from data integration and transformation (ETL) to predictive analytics, data mining, and reporting within a single solution. RapidMiner offers a high flexibility in the design of analysis processes and is regarded as the most comprehensive solution for data analysis and automated data integration in the market.