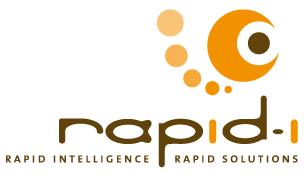 (PresseBox) ( Dortmund, 09-10-06 )
The Data Mining Group (DMG) is an independent, vendor led consortium that develops data mining standards, such as the Predictive Model Markup Language (PMML). PMML is the leading standard for statistical and data mining models and supported by over 20 vendors and organizations.

Rapid-I now is observing member of the Data Mining Group beside companies like IBM, MicroStrategy, SPSS, and SAS. Those and several other companies established PMML as standard language for data mining models during the last years. “The Predictive Model Markup Language continues to gain momentum in the data mining community as the de-facto standard for model exchange.” says Dr. Michael Zeller, DMG Membership Chair and CEO of Zementis. “We welcome Rapid-I as a new member of the DMG. By adding PMML support to RapidMiner, the PMML standard will become pervasive across all major open source data mining tools, adding to its broad acceptance among commercial vendors.”

Beside the compatibility of data mining models the applicability of models direct in database systems on large amounts of data is especially important to Rapid-I. Until now, users of RapidMiner had to ensure scalability for large amounts of data by combinations of specific access operations together with selected modeling schemes like Naïve Bayes. “I am looking forward to the support of PMML by RapidMiner. This allows the execution of RapidMiner models also by other solution and this will ease the deployment of data mining a lot.” says Dr. Ingo Mierswa, CEO of Rapid-I.

One of the first new extensions for the new version RapidMiner 5 will be the support of PMML. The beta version of RapidMiner 5 has just been released and PMML support is expected for the first quarter 2010 at the latest.


RapidMiner
[ www.RapidMiner.com ] is the leading open source data mining software. According to polls of the major web portal for data mining and knowledge discovery, KDnuggets.com, in 2007, 2008, and 2009, RapidMiner is the most widely used open source data mining tool and the second most frequently employed software for data analysis overall. A study of the Technical University of Chemnitz presented at the international Data-Mining-Cup 2007 (DMC-2007) compared the major open source data mining tools and found RapidMiner to be the leading open source data mining software outperforming the others especially with respect to its advanced technology and to its usability. Within its "Innovation Award 2008", the German initiative for small and mid-sized businesses ("Initiative Mittelstand") awarded RapidMiner as one of the most innovative open source solutions. For its innovativeness, RapidMiner also won the Open Source Business Award 2008. RapidMiner has thousands of users in more than 40 countries world-wide. During the last three years, RapidMiner was downloaded more than 400,000 times. RapidMiner provides more than 500 different modules for detecting patterns in data and for their 2D and 3D visualisation. RapidMiner supports data import from common data formats of other data mining tools, Excel sheets, SPSS files, all common databases, and unstructured text documents like news texts, e-mail messages, web pages, web blogs, PDF documents, as well as time series and audio data. The RapidMiner Enterprise Edition supports the complete process from data integration and transformation (ETL) to predictive analytics, data mining, and reporting within a single solution. RapidMiner offers a high flexibility in the design of analysis processes and is regarded as the most comprehensive solution for automated data integration, data analysis, predictive analytics, data mining, text mining, web mining, opinion mining, and sentiment analysis in the market.