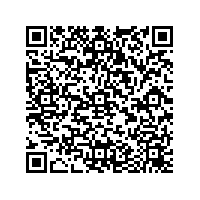 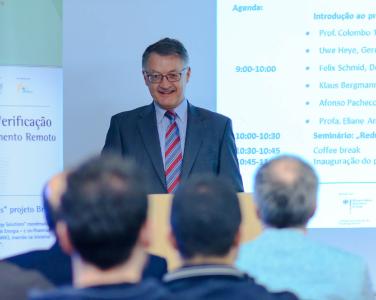 (PresseBox) ( Gelsenkirchen, 15-07-17 )
With a ceremony on the premises of São Paulo University in late May, the project kick-off for the wind measurement technology verification and research site was celebrated. The event was organized by the German technical consultancy BBB Umwelttechnik GmbH (BBB), its Brazilian branch BBB Energias Renováveis Ltda. and the Institute for Energy and Environmental Engineering (IEE), who are implementing the project in the framework of the worldwide dena Renewable Energy Solutions Programme (RES Programme) and will jointly use the site in the future.

The German Deputy Consul General in São Paulo, Uwe Heye, who attended the event as political guest highlighted in his speech the particular importance of renewable energies in the fight against global warming. In the name of German Energy Agency (dena), the initiator of the RES Programme, Felix Schmid addressed the attendees. He described the BBB project, which is supported by the German Federal Ministry for Economic Affairs and Energy (BMWi) within the initiative „renewables – Made in Germany“, as an excellent example for knowledge and technology transfer.

On behalf of the University of São Paulo and the IEE Professor Dr. Colombo Tassinari and the coordinator of the project, Professor Dr. Eliane Fadigas, adressed the importance of research on modern light and sound-based wind measurement methods (LiDAR and SoDAR). The university is regarded as the most advanced research facility also in the field of renewable energies in Brazil. From their point of view the co-operation with the German wind energy experts - BBB staff already held practical study seminars - is an important contribution to the building of a wind power competence cluster at the University.

The share which laser-based measurement methods can contribute to increase the efficiency in wind energy generation, was eventually described by BBB’s wind energy specialists. Klaus Bergmann, CEO of BBB in Germany, and Afonso Pacheco, head of the BBB office in São José dos Campos, described the effects of risk mitigation and project value increase achieved through the use of LiDAR technology. This is particularly important in Brazil, where wind energy project development is subject to enormous cost pressures.

For the completion of the verification and research site the installation of a 100-meter met mast to be used as a reference system is still missing. It is supposed to be implemented during the year. Only then the research on remote sensing techniques and the commercial use of the site will entirety be set in motion. More information about the project and its progress is available on the specially launched website at www.bbb-do-brasil.com.

Since 1996 BBB provides technical consulting services for the wind industry. BBB's engineers offer planning and engineering services all along the wind energy process-chain: from wind measurements and feasibility studies to construction supervision and the commissioning of the wind farm. Furthermore BBB has a considerable track record of technical due diligence provided on onshore as well as offshore projects.
BBB Umwelttechnik is accredited for the elaboration of bankable wind and yield assessment reports and the execution of high-quality wind measurements (ISO/IEC17025:2005).