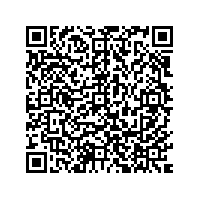 (PresseBox) ( Luxemburg, 17-06-06 )
Rakuten, Inc. today announced the appointment of Toshihiko Otsuka as CEO & General Manager and Arjen van de Vall as President & Manager of Rakuten in Europe. As former COO and CCO of Rakuten Europe, Otsuka and Van de Vall bring extensive experience from inside and outside the company, internet services expertise and passion to their new roles. The new leadership duo will focus on creating a sustainable and scalable Rakuten ecosystem business model in Europe.

“I am very pleased that Toshihiko and Arjen are taking on the challenge of leading Rakuten Europe into a new and exciting period of growth and change, including leveraging our global partnership with FC Barcelona from July 2017,” said Hiroshi Mikitani, Chairman & CEO of Rakuten, Inc. “Both are experienced leaders with a keen vision for the future of the region.”

Otsuka will oversee governance, control and coordination between the various businesses in the EMEA region, while Van de Vall will be responsible for designing and implementing new products and strategic initiatives. Accelerating business and brand integration to coincide with the global partnership with FC Barcelona will also be a key part of their mission.

“I am honored by this appointment and look forward to working with the great Rakuten Europe team to create a unique ecosystem of brands and companies in the region to be able to use the full potential of the more than 15 services available in Europe,“ commented Otsuka.

“Succeeding in a diverse economic area like Europe requires understanding of each single market,” said Van de Vall. “Overseeing the various businesses, Rakuten Europe will therefore expand its hub-function for the region, will foster interaction and implement an integrated brand strategy to ensure sustainable growth.”

Toshihiko Otsuka holds an MBA from the University of Pennsylvania and has worked in the digital and banking industry for nearly 30 years. In his nearly 10 years at Rakuten, he has filled various leading positions in the banking business and financial departments, including Head of Accounting at Rakuten, Inc., CFO for Viber and Senior Director at Rakuten Bank in Japan. As a core member of Rakuten Europe Bank’s management team, he played a vital role in establishing the company and acquiring a Europe-wide banking license. He will continue to head Rakuten Europe Bank as CEO.

Arjen van de Vall holds a degree in Human Technology from the Hanzehogeschool Groningen and brings more than 10 years of experience to his position. After joining as Head of Marketing Europe in 2014, he has served as Chief Commercial Officer since 2015. His former responsibilities include all marketplace related activities in Europe. Before working at Rakuten, he filled various positions at a range of dynamic international companies, including Amazon and UPC/Liberty Global. Van de Vall will continue to be responsible for the German, U.K. and Spanish e-commerce businesses as CCO.

Rakuten, Inc. (TSE: 4755) is a global leader in internet services that empower individuals, communities, businesses and society. Founded in Tokyo in 1997 as an online marketplace, Rakuten has expanded to offer services in e-commerce, fintech, digital content and communications to more than 1 billion members around the world. Since 2012, Rakuten has ranked in the top 20 of Forbes Magazine's annual "World's Most Innovative Companies" list. The Rakuten Group has over 14,000 employees, and operations in 29 countries and regions. For more information visit https://global.rakuten.com/....