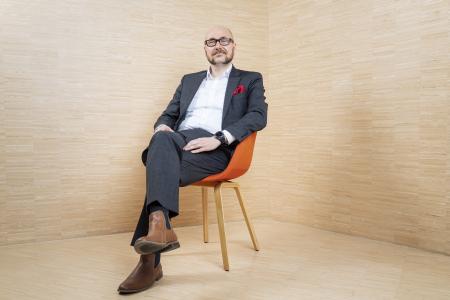 (PresseBox) ( Düsseldorf, 21-03-16 )
In the project called Valmis that ran from 2013-2020, the Finnish Tax Administration set out to unify their business process system landscape onto the Gentex platform. Qentinel’s test automation solution — based on the open source Robot Framework — was one of the project's cornerstones.

In 16th of March 2021, Qentinel will release QWeb for open source at the RoboCon conference. The release is a significant step for Qentinel in opening its own IPR up to the open source development community.

“I am happy to see an increasing number of companies releasing their open source technology for further development. However, it’s important to underline that choosing to go with an open source solution doesn’t mean going for a “free” solution. Naturally, developers always need to be compensated for their efforts,” Jarkko Levasma, Chief Development and Information Officer at the Finnish Tax Administration emphasizes, having worked as a developer himself.

“In the world of open source, it’s easier to audit the source code because there is a whole community looking at it, as opposed to commercially developed software where you have to rely on the company that provides it to have their own testing processes. ”

“Ever since the beginning, we’ve wanted to ensure that our test automation is as flexible as possible. For instance, when we add new software updates to our system, it’s enough to simply update the test automation libraries. We don’t need to touch the test cases — that would be a significantly bigger hassle.” says Suortti.

The Finnish Tax Administration is a forerunner moving to cloud

For years, the Finnish Tax Administration has already been a pioneer in the way they run their public administration IT projects. The goal is always clear and defined: to ensure that taxation runs smoothly and without errors.

A few years ago, the Finnish Tax Administration made the decision to approach all new projects and systems from a “cloud-first” perspective.

“Running test automation in two environments requires fast scaling, which is only possible in the cloud”, says Levasma.

Test automation is a critical function for the Tax Administration when it comes to the development of their entire system landscape. It is not enough for the solution to be implemented once, but it will be updated continuously in line with legislative changes, thus creating a need for continuous development and testing.

“It’s been a real pleasure to see how well the QWeb library is suited for different test automation needs.”, says Kalle Huttunen, a consultant at Qentinel.

Autoritäre Unternehmensführung war gestern. Heute zählen bei Managern andere Eigenschaften wie emotionale Intelligenz, Kommunikationsstärke und Kreativität. Und das liegt nicht nur an Corona. read more
The publisher indicated in each case is solely responsible for the press releases above, the event or job offer displayed, and the image and sound material used (see company info when clicking on image/message title or company info right column). As a rule, the publisher is also the author of the press releases and the attached image, sound and information material.
The use of information published here for personal information and editorial processing is generally free of charge. Please clarify any copyright issues with the stated publisher before further use. In the event of publication, please send a specimen copy to service@pressebox.de.