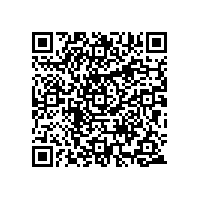 Limmern pumped-storage power plant in the Swiss canton of Glarus

(PresseBox) ( Aichtal, 15-09-09 )
Project Linthal 2015 is currently one of the Swiss energy industry's biggest construction projects. The heart of the project is the Limmern underground pumped-storage power plant, that pumps water from the Limmernsee at 1800 m into the Muttsee, which is some 600 m higher, and generates electricity from this if required. The new plant, with a pump and turbine output of 1000 MW each, will increase the output of the Linth-Limmern power plant of today by approximately 480 MW to 1480 MW.

The contractor is Kraftwerke Linth-Limmern AG, a power plant company in Linthal in the Glarus hinterland. The syndicate commissioned with carrying out the construction work is made up of Marti Tunnelbau AG, Moosseedorf, Marti AG, Zurich, Marti Technik AG, Moosseedorf and Toneatti AG, Bilten.

The construction costs add up to around CHF 700 million. The project is expected to be complete in 2016 after a construction time of approx. 7 years. The power plant will gradually be commissioned from 2018. The A2 construction plot, for which the Kraftwerk Limmern syndicate is responsible, includes multiple main elements and therefore construction sites at different heights:

Two ultra-efficient gravel plants at different sites process the massive quantities of excavated material for the in-house concrete production. The dry preparation plant on the Muttenalp produced the aggregate required for the mass concrete for the dam wall; the wet preparation plant in Ochsentäfeli produced all other concretes (e.g. pumping concrete).

The special location of the construction site in the middle of the Glarus Alps presents an unusual challenge.

The construction site on the 2500 m high Muttenalp is exposed to the adverse weather conditions that are typical in the high mountains, with strong winds, icy temperatures and snow deep into spring. This is no easy situation for the employees on the site!

There is a height difference of 1700 m between the valley bottom in the Linthal municipality, where the project is being coordinated, and the Muttenalp. To overcome this distance, two construction cable cars with a load capacity of 25 tonnes have been installed and these will be dismantled upon completion of the project.

The Swiss energy strategy focuses on the consequential optimisation of energy efficiency and on increasing the proportion of domestic renewable energies, such as hydropower and solar energy. According to a draft proposal of the Swiss Federal Council from 2013, this strategy is to be implemented by 2050 whilst phasing out nuclear power and cutting back on energy purchases.

For example, the additional electricity generated by pump storage power is to amount to 7.5 terawatt hours (TWh) by 2050. At the moment, three existing pumped-storage power plants are being built. Nant de Drance/Emosson in the canton of Valais is the largest of the plants

Two MX 32-4 in the machine cavern as a satellite system (3 x tubular columns, MX boom is moved according to the requirements) BSA 2107 HPE with hopper extension under mixer pumped concrete from the underground concrete mixers to the two MX 32-4 in the machine cavern and filled the TBM (tunnel boring machine) starting shaft 4000-5000 m³ of concrete was pumped over a distance of 400-450 m (110 bar pump pressure at 45 m³/h pumping capacity)