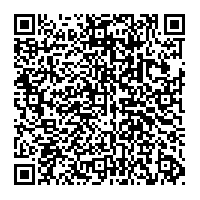 (PresseBox) ( Bratislava, 09-07-29 )
Panasonic PBITS (Professional Broadcast and IT Systems) in the Czech and Slovak Republics has won a milestone contract to supply professional video equipment to Slovak television station TV Markíza. The technology deal includes four AG-HPX171E handheld professional P2 HD camcorders and a number of AJ-P2E032XG E-series P2 memory cards. TV Markíza is a member of the Central European Media Enterprises Ltd. (CME) (1) group and leader in the Slovak television market. Its selection of P2 represents a strategic technology choice for the broadcaster and will bring together the benefits of high image quality, exceptional reliability, maximum flexibility and efficient workflow across the recording process.

The new equipment is intended primarily for the foreign news reporting team and the Internet division at TV Markíza. During a recent trial period, P2 was used successfully at castings for the popular show Czech & Slovak Superstar(2) which will be broadcast in both Slovakia and the Czech Republic from September 2009.

TV Markíza's decision to switch to a new generation of cameras was based on the need to ensure quicker and more flexible workflow, to increase video quality and ease of handling, and to work with a universal format that is compatible with both current SD and future HD formats.

Vladimír Špa?ek, Director of Technology Department at TV Markíza commented, "Changing to P2 technology is a long-term strategic move toward a new format and our first practical experience has shown that it was the right choice, reflecting our requirements as they are now and also meeting the conditions necessary for switching over to HD-quality broadcasting. Since we cooperate closely with other TV stations in the CME group it is likely that our reference will send a positive signal also to other members."

TV Markíza opted in favour of Panasonic P2 technology over other competing technologies owing to several factors including; the camcorder's wide-angle lens which is ideal for shooting in confined areas; its ergonomic features and low weight (3); its integrated HD-SDI output and its high-quality design and warranty conditions (4). In combination with P2 memory cards the AG-HPX171E guarantees high levels of security in handling recordings, long life and consequently substantially lower costs.

"TV Markíza's strategic decision to adopt the P2 format is an important validation for Panasonic. We believe that the quality and reliability of the P2 format will become a deciding factor in the adoption of P2 by other TV stations in the CME group in the future," said Branislav Šimkanin, Country Manager Panasonic PBITS for the Czech and Slovak republics.

P2 HD solid-state products offer the possibility of high-definition recording without mechanical wear and environment-related limitations as are typical for tape, hard disk and optical disk-based systems. P2 HD guarantees extreme reliability, especially in demanding conditions of extreme temperature ranges, impacts and vibration. P2 HD products bring significantly lower maintenance costs, longer operating life, and instant access to video recordings (without the need for digitisation, filing to memory with descriptors for later search or any need to create proxy video files) and to metadata. P2 HD offers the reliability of production based on solid-state technology, instant possibility for connection with existing IT infrastructure, as well as speed, ease of use and portability of P2 cards, as well as compatibility with top-end non-linear editing systems.

TV Markíza, a member of the Central European Media Enterprises Ltd. (CME). Launched in 1996 and reaching 99% of Slovakia's 5.4 million population, TV Markíza leads the national TV landscape attracting a 35.1% all day audience share in its 12+ target group during 2008. Broadcasting 24 hours a day, Markíza TV provides the Slovak Republic with a broad range of programming including news, movies, entertainment and sports.

The Panasonic Corporation is a world leader in the development and manufacture of electronic products for a broad range of consumer, commercial and industrial applications. The company, based in Osaka, Japan, reported net consolidated earnings of 7 770 billion Japanese yen (roughly 78.4 billion American dollars) for the financial year ending 31 March 2009. The company is listed on the Osaka, Nagoya and New York (NYSE: PC) stock exchanges. More information on Panasonic, the company and brand, can be found at the website http://panasonic.net