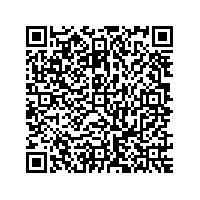 Pixargus’ web inspection system finds the needle in the haystack 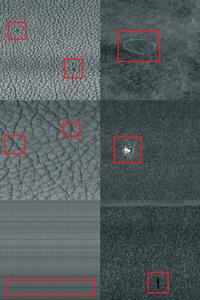 (PresseBox) ( Würselen/Aachen, Germany, 08-10-28 )
At Fakuma, Pixargus introduced its new WebControl-Tex system, which detects surface defects on opaque or translucent materials with or without textured surfaces. Typical applications are all flat web products for technological use, such as interior linings of automobiles. The system recognizes and marks those areas of the product which do not comply with the defined quality standard. This minimizes waste and guarantees that only flawless material is further processed.

Pixargus developed the WebControl-Tex inspection system specifically for challenging surfaces of opaque or translucent materials. When analyzing the surface, a dedicated algorithm suppresses the natural surface structure. This makes it possible to detect defects apparently concealed by the normal structure of the material.

The system detects and classifies irregularities in leather structures, weaving defects in glass mats, dense spots in non-woven fabrics and even faintest scratches or so-called orange peel defects on dark, opaque foils. As soon as the system detects a defect, it triggers an alarm. As an optional feature, it may also mark the affected area.

An algorithm specifically developed for the detection of long defects, such as scratches, is capable of indicating the existence of defective rollers in the production line.

Björn Lindner, Managing Director of Pixargus, sees important benefits for manufacturers of web material. ”The manufacturers of surface inspection systems used to concentrate on materials with a uniform surface structure, as found on metals, foils and paper. We have developed new algorithms which enable us to reliably detect surface defects also against highly irregular backgrounds. We know how to find the needle in the haystack.”

Pixargus’ customers may use the data provided by the system beyond quality assurance in the final inspection procedure. The data also helps manufacturers to optimize their production processes and avoid the occurrence of defects in the first place. For example, trends in the frequency of surface defects are captured in real time, so that remedial action can be taken immediately. The operators can directly intervene, take corrective action and sort out the defective material.

The system works dynamically. It automatically adapts to the surface structure and colour of the material. Therefore it is generally not necessary to run a time-consuming teach-in procedure to preset the system to the specific surface structure, as required by conventional inspection systems. All that needs to be done is to input the relative amplitude of the textured structure and the size of the smallest to-be-detected defect.

A classification and defect density management tool enables the definition of detection and classification rules. Thus the operator can individually determine which and how many defects are tolerable within a specified area.

WebControl-Tex is a modular system, available for material widths between 150 and 8,000 mm. Depending on the surface characteristics, Pixargus supplies the system with a camera having a resolution between 40 and 150 µm. Opaque product can be inspected on one or both sides. The system operates at product speeds up to 600 m/min depending on the textured structure.

The material surfaces are illuminated by long-life LEDs.

The system and all its functions are operated via touch screen. A graphical display shows the material surface and individual defect images. All components are encapsulated according to IP 64. Remote access via Ethernet and IP-based communication enable quick system diagnosis.

Pixargus develops and manufactures systems for optical inline measurement and inspection of plastic and rubber profiles. Established in 1999 as a spin-off of the Institute of Plastics Processing (Institut für Kunststoffverarbeitung IKV) of the Technical University RWTH of Aachen/Germany, Pixargus has specialized in optical quality control of extruded products made of plastics and rubber.

Pixargus systems inspect sealing profiles – for example, for the automotive industry – and tubing, catheters, cables or window seals as well as raw material (compounds) made of thermoplastic elastomers (TPE) and rubber. Additionally, Pixargus offers systems for the inspection of - textured, woven or non-woven - web material.

During the last few years Pixargus has set many new standards in the plastics industry. With the development of dual-head systems, which at the same time measure and inspect the surface of profiles, and of scalable measuring heads, which measure and inspect up to four profiles at the same time, the company has gained worldwide technology leadership.

Worldwide almost all major manufacturers of automotive rubber and TPE profiles use Pixargus systems for surface inspection and profile measurements.

The company, based in Aachen/Germany, is active worldwide through its US branch and various international technical agencies.

Profiles pass the quality check without any guiding