The Off-Grid Experts Awards 2015: Power supply in Africa in the focus of prize winners 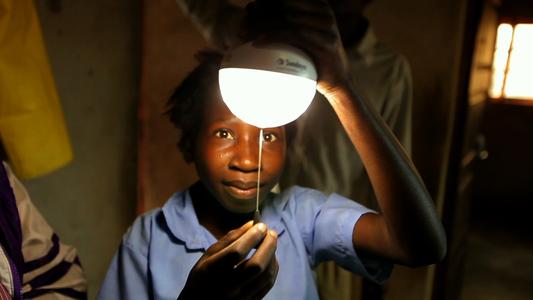 (PresseBox) ( Memmingen, 15-09-30 )
The Off-Grid Experts Awards especially award particularly innovative developments, experiences and impressions from the field of independent energy supply. The award ceremony of the 2nd Off-Grid Experts Awards took place in the framework of the Off-Grid Experts Workshop 2015 on 26.09.2015 in a historical building named Ice Cellar in Memmingen/Germany. Solar applications for the power supply in Africa were in the focus of three of the four prize winners. The competition had been announced for the second time by the system integrator Phaesun this year under the motto "Energy Independence for You." The trade association „Alliance for Rural Electrification“ (ARE) supported the competition and acted as a jury with their chairmen for the categories product and project. The best photo and the best filmlet were identified with the help of a public voting.

In the four announced categories product, project, photo and filmlet, more than 100 applications from 26 countries were submitted, so it was a colourful conglomeration of innovative product developments and exciting projects with solar, biogas, wind and hydropower including colourful pictures and films from the wide range of Off-Grid supply applications. From solar water pumping systems in Haiti through to solar cooling applications for local fishermen on the Somali coast and an energy independent factory on the Swabian Alb, the awards demonstrated what a wide range of applications is included in Off-Grid power supply.

During the award ceremony on 26.09.2015 in the historical Ice Cellar of Memmingen, the four best applications were introduced in every category and the prize winners were announced. David Lecoque, Business Developer of ARE and Tobias Zwirner, Managing Director of Phaesun GmbH, handed over the prizes and awarded the winners.


The Spanish company Trama Tecno Ambiental has been awarded with the Off-Grid Experts Awards in the category A “product” for their “Universal Electricity Dispenser”, an electronic metering device for low voltage grids. It supports different tariff schemes and, additionally to its function of energy limitation, it is a current limiter. Therefore it is best suitable for minigrids served by renewable energies. The dispenser has already been successfully used with projects in Africa where every power connection such as households, small industrial users and schools are is billed individually.

The Foundation for Rural Electricity Services (FRES) from the Netherlands could also be happy as they were awarded for an extensive project for village power supply in Mali in category B “project. Since 2006 they have been replacing diesel generators by solar plants to run existing minigrids in a more economic and sustainable way. The project in the regions of Ségou and Sikasso uses reliable modern technology and moreover, the local population was involved in the planning and realisation.

Power for households in rural Mozambique

The photo competition was won by Gilda Monjanes‘ impression „Solar power solution for learners“. The picture shows a Mozambican child who does his homework in the shine of a solar lamp. Gilda Monjane has been selling small solar systems in rural Mozambique for four years via a network of „Energy Shops”.

Category D „filmlet“ asked for a documentation for projects or initiatives of Off-Grid power supply. The Bavarian Start-Up enterprise LuvSide received the most votes for their film “The dream of self-sufficient energy supply” with the public voting. The parallels of the newly developed vertical wind generator are shown impressively with the wings of the albatross and a sustainable decentral power supply is propagated.

The competition was announced for the second time this year and was addressed to developers, manufacturers, public and private organisations, system integrators, users and interested third private parties

The Off-Grid Experts Award will be again announced in 2017.

Phaesun has been specialising in the sale, service and installation of Off-Grid photovoltaic and wind power systems since the foundation in 2001. As one of the world's leading system integrators of Off-Grid energy systems, Phaesun offers products of all reputable manufacturers of this trade. International project management, purposeful training courses for customers and technical support complete the range of services offered.

The headquarters of Phaesun GmbH are based in Memmingen/Germany. The Phaesun Group now has daughter companies in France and Dubai and holds subsidiaries in Eritrea, Panama and Ivory Coast. Phaesun can fall back on a worldwide partner and distribution network. Therefore Phaesun contributes to the sustainable electricity supply in the target regions of Europe, Africa, Latin America and the Middle East.

Drinking Water for the Maasai in the steppe of Tanzania