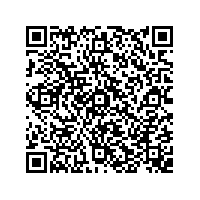 Drinking Water for the Maasai in the steppe of Tanzania 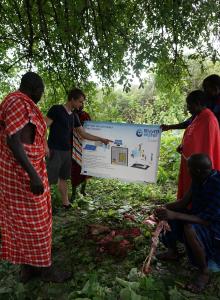 (PresseBox) ( Memmingen, 20-03-25 )
Together with nine other European project partners, Phaesun is developing innovative desalination systems based on electrodialysis technology as part of the EU development and innovation project REvivED Water.
In February 2020, a pilot plant was installed at a saline well in the Tanzanian Maasai village of Ndedo and supplies the population with 2000 litres of drinking water per day.

The plants are complete systems in which the water is cleaned of dirt particles, bacteria and viruses in a preliminary stage and treated with self-generated chlorine in a post-treatment stage for sterile storage in a water tank. The core of the system is based on the membrane process of electrodialysis. In contrast to conventional desalination technologies (thermal or reverse osmosis), electrodialysis is particularly low-maintenance and is well suited for solar power supply due to its low energy consumption. Thus, a completely self-sufficient system could be developed, which does not require any additional infrastructure or power supply.

Florian Martini, project engineer at Phaesun, carried out the installations in Tanzania. "It was wonderful to see how modern technology fits into the traditional way of life of the Maasai," says Martini. "A great advantage is that, unlike other desalination technologies, no waste products are produced and no diesel is needed to operate the systems. The clean water is highly appreciated!"

The contact to the Maasai village came about through the MissionEineWelt of the Evangelical Lutheran Church in Bavaria. Eberhard Westhauser from MissionEine Welt has maintained close contacts with the Maasai people in the steppes of Tanzania since many years and supports water supply projects in this region. He reports: "When it rains enough, large catchment basins ensure a sufficient water supply for the Maasai and their herds of cattle until the dry season. However, the groundwater is salty and due to prolonged dry periods in recent years, the Maasai have had to resort more and more often to salty groundwater.”

The plant in Ndedo is the seventh system installed within the REvivED Water project. The previous pilot plants supply schools, temples and private households in East Africa and India with drinking water. With the plant in Ndedo, a water kiosk model is implemented for the first time. The village inhabitants pay for the water a small fee, so that a local watchman can be paid to operate the plant. Through this model, the plant is maintained on site in an exemplary manner and operation is ensured in the long term.
Phaesun tracks the performance of the plant by modem via a remote monitoring and control system and can change settings on the system, for example if the salinity of the groundwater fluctuates.

The REvivED Water project runs until May 2020, then Phaesun will offer the desalination system in its product portfolio.

About REvivED Water
REvivED water, a research and innovation project, funded under the EU’s Horizon 2020 programme in the field of ‘low-energy solutions for drinking water’, brings together ten partners from six countries across Europe. This consortium will contribute to overcoming the drinking water challenge by establishing electrodialysis (ED) as the new standard for desalination of seawater and brackish water.
RevivED water project started in May 2016 and has duration of 4 years. This project has received funding from the European Union’s Horizon 2020 research and innovation programme under grant agreement No 685579.

Phaesun GmbH based in Memmingen/Germany has been specialising in the sale, service and installation of Off-Grid photovoltaic and wind power systems since it was founded in 2001. As one of the world's leading system integrators of Off-Grid energy systems, Phaesun offers products of all reputable manufacturers in this trade. International project management, purposeful training courses for customers and technical support complete the range of services offered. Phaesun holds a subsidiary in France and can fall back on a worldwide partner and distribution network.