GSM Module Market to receive overwhelming hike in Revenues by 2021 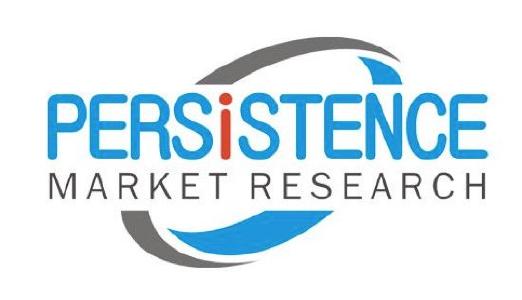 (PresseBox) ( New York City, 17-08-31 )
GSM standards were launched as a substitute for the first generation (1G) analog cellular network. This was upgraded over time in order to include data communication such as circuit-switched transport and then packet data transport via GPRS (General Packet Radio Services) and EDGE (Enhanced Data rates for GSM Evolution).GSM is broadly used in wireless technology in the world. It has various applications such as jamming detection, DTMF Decoder and several network protocols. Its ultra compact size and very low power consuming property decreases the overall cost of the GSM module.

The major advantage of GSM module is that subscriber identity module (SIM) can be moved from on station to another. GSM cellular phone containing SIM stores International Mobile Subscriber Identity (IMSI) in order to identify and verify the customer on mobile telephony device. Depending on the size, the GSM SIM can be classified as full size, mini SIM, micro SIM, nano SIM, and embedded SIM.

Due to its clear voice quality, GSM is seen as an alternative of wireline telephony for consumers and businesses. GSM services are available in more than 219 countries owing to its international roaming facility. Therefore, user enjoys the convenience of being reachable with their GSM device and mobile phones even if they are in roaming. Moreover consumers can have access over some of its features such as massaging and other services which they enjoy in their home markets. In addition, GSM module provide user with tight security including protection from hacking thus emerging as an attractive alternate to analog cellular and Wi-Fi. These are some of the major factors driving the growth of GSM module market.

Data support facility such as SMS and web browsing and subscriber Identity module card allowing customer to purchase an additional phone is some of the major growth opportunities of the GSM module market. Besides, it holds its application in the research and development sector which due to its wide spread customers worldwide.

However, lower data security compare to Code Division Multiple Access (CDMA), complicated soft hand-off support and less number of consumers operating per channel compare to some of the other module such as CDMA are some of the factors restraining the growth of global module market. Also GSM offers a slower data bandwidth for wireless data connection than CDMA.

With the rising population and improving purchasing power of the consumer due to rising income level, Asia is the leading market of GSM module followed by Europe. With less population, North America is lagging behind in the GSM module market.

Some of the key players engaged in manufacturing of GSM module include Huawei Technologies Co. Ltd., Siemens AG, Sagem and Telit Communications PLC.

Früher oder später steht bei jedem Onlineshop ein Relaunch an. Eine gute Planung ist dabei das A und O. Die dc AG gibt in zehn Tipps einen Überblick, worauf es ankommt. read more
The publisher indicated in each case is solely responsible for the press releases above, the event or job offer displayed, and the image and sound material used (see company info when clicking on image/message title or company info right column). As a rule, the publisher is also the author of the press releases and the attached image, sound and information material.
The use of information published here for personal information and editorial processing is generally free of charge. Please clarify any copyright issues with the stated publisher before further use. In the event of publication, please send a specimen copy to service@pressebox.de.