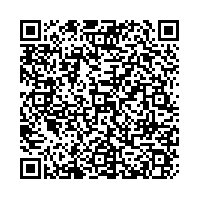 As 4G/LTE networks are rolling out worldwide, the need to manage to signal, in particular, diameter signaling has become important more than ever

(PresseBox) ( New York City, 17-08-29 )
The on-going adoption of signaling intensive applications, such as social networking, on smartphones and tablets is generating a flood of network signaling. The Long-Term Evolution (LTE) traffic explosion in years to come will lead to significant increase in signaling traffic load. The current IP-based infrastructure is not built to manage this in a secure and scalable way, making operators face several challenges. It puts the high demand on the core network infrastructure with a rapid increase in a number of network elements to manage. Accordingly, operators are taking a proactive approach towards administering the signaling tsunami as they chalk out their future LTE and IMS rollouts. Diameter Signaling Controller, an extension and replacement of the Remote Authentication Dial-In User Service (RADIUS) protocol for Authentication, Authorization and Accounting (AAA), executes the role of a mediator to facilitate smooth flow of the diameter signaling messages in the network. This eliminates the tangled mesh of flowing diameter signaling messages across multiple IMS elements, thus enhancing scalability, security and flexibility over legacy protocols.

A sample of this report is available upon request @ http://www.persistencemarketresearch.com/samples/7030

Diameter signaling controller market is anticipated to witness a healthy CAGR during the forecast period due to increasing adoption rate of LTE technology among mobile phone subscribers across the emerging countries like India, China, and Brazil. North America is the dominating region in diameter signaling controller market and is expected to remain dominant followed by Western Europe during the projected period. Asia-Pacific region is expected to reflect highest CAGR during the forecast period.