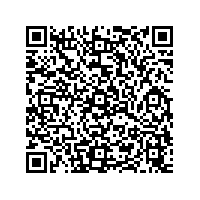 Beer Market Size will Grow by (CAGR) through 2020

Beer is one of the alcoholic beverages containing 4% to 6% alcohol by volume / The main ingredients of beer include water, a starch source (such as malted barley, helps in saccharification and fermentation), a brewer's yeast and flavors such as hops

(PresseBox) ( New York City, 17-08-29 )
Beer is one of the alcoholic beverages containing 4% to 6% alcohol by volume. The main ingredients of beer include water, a starch source (such as malted barley, helps in saccharification and fermentation), a brewer’s yeast and flavors such as hops. Flavoring such as hops helps in adding bitterness and act as a natural preservative. Beer is the most widely consumed alcoholic beverage in the Asia Pacific region. Growing drinking population in the countries such as India and China is boosting the market for beer in the Asia-Pacific region. By types, Beer market can be segmented into premium, mainstream and economy.

A sample of this report is available upon request @

Rising disposable income, ever-increasing population, increasing in the number of bars and restaurants, increase in the acceptance of western culture and relaxation in the rules and regulation related to the operation of beer industry are some of the major driving force for beer market. Increasing disposable income among the working class population allows the customer to go out more to restaurants and bars and spend more on beer.

In addition, consumers are now willing to pay more for premium segments also. According to the National Bureau of Statistics China, annual per capita disposable income of urban households in China increased from USD 2,271.0 in 2008 to USD 3408.5 in 2012. The overall annual disposable income in India medium household income increased from USD 1,366.2 billion in 2010 to USD 1,587.6 billion in 2013. Quick adoption of western culture has largely influenced the drinking habits in the Asia Pacific region.

People living in the west usually have a habit of drinking beer with their meals, at parties and even during meetings. Rising Anti-alcohol campaigns and rising aging population are some of the major restraints for beer market.

To view TOC of this report is available upon request @
http://www.persistencemarketresearch.com/toc/3174