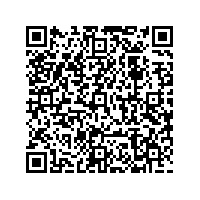 In the first six months of 2015, the PALFINGER Group recorded steep growth. Revenue rose by 14.1 per cent to EUR 606.2 million, which is a new half-year record. Earnings grew more strongly than revenue: EBIT increased by 29.6 per cent to EUR 53.7 million. The consolidated net result for the first half of 2015 was EUR 34.6 million, 40.6 per cent higher than the previous year's level.

"We owe this satisfactory growth to the consistent implementation of our strategy: We have been increasingly successful on international markets such as North America, Russia and China, and at the same time have expanded our strong position in Europe, not least due to our innovative products and services. Good capacity utilization and, in particular, the consistent enhancement of flexibility at all sites have allowed EBIT to keep pace with revenue growth, even in an uncertain and volatile economic environment characterized by low visibility," said Herbert Ortner, CEO of the PALFINGER Group, when asked to explain the reasons for this positive development. He also takes an optimistic view of the future: "We expect a continuation of this growth in the second half of 2015 and believe that we are on the right track for achieving revenue of EUR 1.8 billion in 2017."

In the first half of the year, the loader crane business in Europe recorded a distinct rise in sales and revenue. Growth, in some cases considerable, was achieved primarily in Denmark, Sweden, Great Britain, the Netherlands, Czech Republic and Austria, as well as in Africa and Australia. In contrast, revenue declined in Germany, Belgium and France, and in connection with exports to Russia. Heavy growth, albeit from an extremely low level, was recorded in the South European countries. Demand for hooklifts and timber and recycling cranes was also higher than in the previous year. In railway systems, the high level achieved in the same period of the previous year was maintained.

The volume of the global marine business increased by 16 per cent. This growth was made possible by Norwegian Deck Machinery AS, acquired in the first quarter of 2015, as well as by the market success achieved in launch & recovery systems, boats, and the marine service business involving rope access technicians. In June 2015, PALFINGER landed another major contract, with a value of approx. EUR 33 million, for its offshore business. The Norwegian oil company Statoil invited tenders for the equipment of a new oil and gas field and awarded the contract for large electrical marine cranes to PALFINGER DREGGEN. One of the decisive factors accounting for this success over the company's international competitors was PALFINGER's verifiably lower costs over the lifecycle, given comparable quality. In general, however, customers in the marine business were restrained in their investment decisions, which is attributable to lower oil prices.

In North America, PALFINGER's revenue denominated in euros increased by 40 per cent. Approx. one third of the increase was the result of organic growth and the other two thirds were due to the appreciation of the US dollar. Products such as loader cranes, tail lifts and access platforms, which have become established on the market in recent years, generated significant increases in revenue. Given that incoming orders have remained at a high level, this positive trend is expected to continue. In May 2015, PALFINGER established a joint venture for the American wind service industry. The use of large access platforms can double or even triple the efficiency of maintenance work as compared to standard methods. PALFINGER holds a 51 per cent interest in the new company FairWind Renewable Energy Services, LLC.

In Russia/CIS, the establishment of local value creation has proven its worth. While competitors supplying exports to the Russian market suffered from the sanctions imposed, PALFINGER more than compensated the lack of exports to this region. PM-Group Lifting Machines, which had been acquired in the fourth quarter of 2014, was the main contributor to this growth in revenue and market shares through its timber crane business, but INMAN also posted significantly higher revenue. The expansion of production capacities at INMAN has been completed. In March 2015, the two joint ventures agreed upon by PALFINGER and the leading Russian truck producer KAMAZ started operations. One of these joint ventures will produce truck bodies and mount lifting equipment such as cranes, hooklifts and the like on commercial vehicles, while the other joint venture will produce cylinders.

The development of the Asia and Pacific market region was characterized primarily by PALFINGER's successful cooperation with SANY. In the first half of 2015, deliveries from the new plant in Rudong, near Shanghai, were stepped up continuously.

In South America, the weak economy caused a contraction of PALFINGER's business volume. All in all, market volume in South America shrank by around 20 per cent; nevertheless, PALFINGER succeeded in expanding its market shares.

In the first half of 2015, the EUROPEAN UNITS segment reported a year-on-year increase in revenue of 9.7 per cent, from EUR 377.6 million to EUR 414.3 million. Approximately 20 per cent of this growth was attributable to the revenue generated by Norwegian Deck Machinery AS, which had been acquired in January. The segment saw an increase in EBIT of 13.5 per cent to EUR 53.1 million as compared to EUR 46.8 million for the first half of 2014.

In the first half of 2015, the revenue of the AREA UNITS segment increased by 24.9 per cent, from EUR 153.6 million to EUR 191.9 million. Organic growth accounted for slightly more than half of this increase, while the rest was attributable primarily to the companies acquired in Russia. The segment's EBIT surged by 146.4 per cent to EUR 7.9 million.

Development of the balance-sheet structure

Due to the increase in earnings in the first half of 2015 in combination with exchange rate effects, equity rose by EUR 70.0 million to EUR 518.8 million as at 30 June 2015. Thus, the equity ratio came to 42.1 per cent of total assets, the same level as on the reporting date in the previous year. As a consequence of the acquisitions made in the previous 12 months, total assets increased by EUR 166.8 million to EUR 1,232.1 million.

At EUR 193.9 million, the average net working capital remained at almost the same level as reported for the first half of 2014. The average capital employed rose by EUR 155.1 million to EUR 858.7 million. 98.2 per cent of PALFINGER's total capital employed has been secured on a long-term basis.

Net debt increased by 7.6 per cent year on year to EUR 380.7 million. This development was due to the financing of the acquisitions made. The gearing ratio dropped from 78.8 per cent to 73.4 per cent.

In the first half of 2015, cash flows from operating activities increased from EUR 9.7 million to EUR 37.6 million. Free cash flows were positive at EUR 7.0 million despite investments in capacity expansion as well as the acquisitions made.

Despite the fact that the global economy is still heterogeneous and volatile in numerous regions of the world, which in recent months have been more strongly subject to political tensions than a few years ago, PALFINGER's management expects revenue growth of approx. 10 per cent and satisfactory earnings.

PALFINGER continues to pursue the target of increasing its annual revenue, including the not fully-consolidated joint venture companies in China and Russia, to approx. EUR 1.8 billion by 2017.

The Interim Report for the First Half of 2015 is available for download at www.palfinger.ag/....

For many years PALFINGER has been one of the world's leading manufacturers of innovative lifting solutions for use on commercial vehicles and in the maritime field. As a multinational group headquartered in Salzburg, the Company, which has approx. 8,030 employees, generated total sales of approx. EUR 1,063 million in 2014.