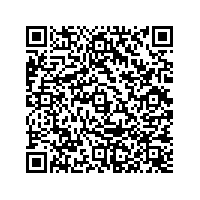 Subscribe to news
(PresseBox) ( Bergheim, 17-03-10 )
.
On 4th and 5th March 2017, the PALFINGER Group hosted Austria’s largest hackathon. More than 100 participants, grouped in 24 teams, competed for the chance to further develop their ideas together with PALFINGER.

“The event was a huge success,” related Martin Zehnder, PALFINGER AG’s Chief Operating Officer in charge of digitalization. “Even though the participants were fully focused on both days, there was an amicable and cheerful atmosphere. I am delighted with the concepts that the participants have developed and particularly impressed by the fact that they were ready for presentation after only two days.”

“Hackathon” is a portmanteau of the words “hack” and “marathon” and describes a forum for the joint development of innovative concepts for hardware and software. The PALFINGER hackathon, which was organized in cooperation with the IT consulting firm Tieto, took place in Vienna at the headquarters of Microsoft Austria.

With more than 100 participants, this hackathon was the largest to be held in Austria to date – and its magnitude was also quite impressive on an international scale. The participants came from all over Austria and also included teams from abroad. They were free to present their ideas either in German or English. While some participants had already registered as teams, individual applicants formed their teams on site. The hackathon was attended by students from universities of technology, universities of economics and business, and universities of applied sciences, as well as by young start-ups. During the two-day event, support was provided by around 30 coaches, representing various areas of the PALFINGER and Tieto companies, who provided information and shared practical tips with the participants.

PALFINGER had challenged the participants to come up with ideas for four subject areas:

In their introductory statements given at the venue, the representatives of PALFINGER, Tieto and Microsoft highlighted the importance of these technologies and data for the overriding objective of creating added value for customers. Topics such as automation and sharing concepts as well as the necessary connectivity – of products, data and, first and foremost, ideas – were discussed. Martin Zehnder, for instance, explained: “It is not the individual things that are of relevance, but rather what we can do with the data we obtain from the internet of things”.

Following the introduction, the 24 teams started to work on their ideas, and several of them continued until  the premises closed on the first day late in the evening. On Sunday, the “hacking” continued, and the PALFINGER coaches provided advice. The teams had the opportunity to perform pre-pitches to prepare for their demonstrations before the jury, which were scheduled for the late afternoon.

Each team was given a maximum of two minutes to present its ideas. The various presentations included videos, practical simulations and first prototypes. The jury evaluated the presented ideas based on their impact on business, their concreteness, originality, conception and user friendliness, as well as on the presentation of results.

The top three teams won money prizes and were given the opportunity to further develop their ideas together with PALFINGER. “The three winning teams impressed us on all levels. We are looking forward to bringing their ideas and their spirit to the PALFINGER Group. And it goes without saying that we will also take another close look at all other concepts presented,” commented a jury spokesperson when asked about the outcome.

A special award was presented to the two youngest rookie teams – two students from a technical secondary school (HTL Donaustadt in Vienna) and one student from the technical university of Vienna.

PALFINGER has been focusing intensively on digitalization and the opportunities and changes it engenders for quite some time now. In 2016, the Company set up an internal organizational unit which concentrates on these topics. Parallel to this, first projects were implemented, and technologies such as automation, virtual and augmented reality or 3D printing are already in use for certain purposes.

Herbert Ortner, CEO of PALFINGER AG, emphasized the importance of this type of innovation. “Our aim is to establish this open form of innovation at PALFINGER – using external talents, but also making use of internal resources to promote this and create the necessary structures.” PALFINGER plans to establish a branch in Vienna in 2017, where a resourceful team will be engaged in developing new ideas and partnerships. Through the increasing use of digital technologies, PALFINGER will open up completely new aspects of customer benefit.

Tieto is the largest Northern European IT services provider, offering the entire range of life-cycle services for private and public users as well as product development in communications and embedded technologies. Due to its industrial know-how, technology vision and innovative thinking, Tieto proactively supports its customers in the realization of new business transformation opportunities. With a strong Scandinavian basis, Tieto combines global resources with a local presence. The company has its headquarters in Helsinki, Finland, and, with around 13,000 experts, generates revenue of approx. EUR 1.5 billion in more than 20 countries. Tieto stock is listed on the NASDAQ in Helsinki and Stockholm.

Microsoft (Nasdaq "MSFT" @microsoft) is the leading company for platforms and productivity for the "mobile first, cloud first"-world. Its mission is to enable every person and every company in the world to do more. The Microsoft Österreich GmbH is a subsidiary of Microsoft Corporation / Redmond, U.S.A., the world's leading manufacturer of standard software, services and solutions. Since 1991, Microsoft is represented with its own branch in Vienna and employs a total of about 320 people. The goal is, together with more than 5,000 domestic partners, to enable people and businesses to reach their full potential through software.
More Information: www.microsoft.com/austria

For many years PALFINGER has been one of the world's leading manufacturers of innovative lifting solutions for use on commercial vehicles and in the maritime field. As a multinational group headquartered in Bergheim, the PALFINGER Group, which has approx. 9,580 employees, generated total sales of approx. EUR 1,357.0 million in 2016.