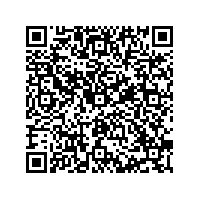 In the first quarter of 2017, the PALFINGER Group continued to grow and managed to substantially increase its operating profitability, excluding restructuring costs. Revenue rose to EUR 361.9 million, which corresponds to an increase of 13.5 per cent. EBITDA normalized by restructuring costs (EBITDAn) surged by 18.7 per cent, coming to EUR 50.9 million. The EBITDAn margin rose from 13.4 per cent to 14.1 per cent. EBITn grew from EUR 32.0 million to EUR 36.6 million, increasing the EBITn margin to 10.1 per cent.

In the first quarter of 2017, restructuring costs accounted for EUR 5.0 million. At EUR 31.6 million, EBIT was 4.7 per cent higher than in the same period of the previous year. The consolidated net result rose by 4.1 per cent to EUR 19.4 million, and earnings per share amounted to EUR 0.52.

This growth was based on expansion in the EMEA and CIS regions in the LAND segment; higher revenue in the SEA segment, due to the acquisitions made, contributed as well. In the first quarter of 2017, the PALFINGER Group recorded a high level of incoming orders. This gives reason to expect that business performance, which was good overall, although heterogeneous across the individual regions, will continue to be satisfactory throughout the rest of the financial year. Therefore, the management still expects an increase in revenue for the 2017 financial year and is aiming for a two-digit EBITn margin. The restructuring measures in North America and in the marine business, which are still impacting negatively on earnings, are scheduled to be completed within the coming months.

"Thanks to our strategic positioning, we are continuing to grow,” explains Herbert Ortner, CEO of PALFINGER AG. “In the first three months, we already achieved our aim of a two-digit EBITn margin. Besides our focus on restructuring, priorities in 2017 include our initiatives regarding customer orientation, digitalization and the further optimization of processes."

This growth was based on the expansion of business in the regions EMEA and CIS. In Europe, moreover, the acquisition of the Spanish distribution company and the establishment of PALFINGER Iberica in 2016, as well as the acquisition of the Danish distribution partner Palfinger Danmark AS, generated positive momentum. The restructuring in North America brought noticeable success. PALFINGER sold its service body business in the first quarter. Provided that the demand for loader cranes continues to be satisfactory, profitability in North America is expected to grow. In South America, PALFINGER continued to operate in a highly difficult market environment, but from today’s perspective it seems that the downturn has bottomed out. In Asia, particularly in China, the partnership with SANY has proved to be the foundation for the sound development of business. In Russia/CIS, local value creation facilitated additional growth.

In the first quarter of 2017, the SEA segment’s revenue increased by 68.6 per cent year on year, growing to EUR 64.6 million. The contribution of the segment to PALFINGER’s consolidated revenue thus rose from 12.0 per cent to 17.9 per cent. The Harding Group, which was acquired in 2016, contributed EUR 27.6 million to revenue in the reporting period. However, the segment’s normalized EBITDA (EBITDAn) declined from EUR 2.8 million in the first quarter of 2016 to EUR 2.1 million. The EBITDAn margin came to 3.3 per cent, after 7.3 per cent in the same quarter of the previous year. The restructuring costs incurred by this segment amounted to EUR 1.2 million, as compared to EUR 0.7 million in the same period of 2016.

The business environment of the SEA segment remained highly challenging as a result of the strained situation of the oil and gas industry. Nevertheless, excluding the acquisition of Harding, PALFINGER succeeded in keeping its revenue at the same level as in the first quarter of 2016. The level of incoming orders was on the increase in some areas in the reporting period, pointing to a stabilization of the market situation. Initial restructuring measures, such as the consolidation of sites in Korea and the Netherlands, have already been implemented, also with the aim of using synergies between PALFINGER’s established marine business and the Harding Group.

For many years PALFINGER has been one of the world's leading manufacturers of innovative lifting solutions for use on commercial vehicles and in the maritime field. As a multinational group headquartered in Bergheim, the PALFINGER Group, which has approx. 9,580 employees, generated total sales of approx. EUR 1,357.0 million in 2016.