The Last Precious Metal in the Desert 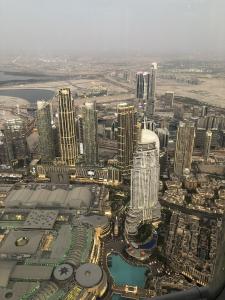 (PresseBox) ( Murnau, 21-10-11 )
For the third time, leaders from the world of osmium met in 2021 to exchange views on new legislation, osmium mining and osmium as an addition to the investment portfolio.

The symposium took place in Dubai this year and the location was chosen quite deliberately: Not only is the city increasingly becoming a business hub, the location is also moving closer to the West in terms of its financial policies and tax neutrality using Western standards. One of the main points of this year's symposium was a special focus on the topic of money laundering, how to stop it and how to monitor international connections. Companies in the Middle East have to act on their own responsibility, this is the only way to achieve sustainability in trade. Decisive months for the osmium market out of protected Europe. The foundation for this has already been laid with the Osmium World Database, for customs authorities in the US, Canada, Europe, Australia and many other countries have access to the data of individual osmium pieces when they cross borders.

Quantity models and the extraction of osmium were also central topics of this year's symposium. In summary, it can be said that the presumed resources are somewhat higher than was assumed in the past. On the other hand, it also became clear that the recoverable reserves are lower than initially suspected. Therefore, a new resource estimate will be released in the next few months, which will be available via the osmium institutes. The figures will be more accurate than those quoted in the past, but there are still many factors that cannot prevent a residual inaccuracy.

Taking modern portfolio theory into account, it was decided to create a website that calculates the use of osmium for one's own portfolio. According to modern portfolio theory, for a well-diversified portfolio we need asset classes that correlate with each other as little as possible. Since crystalline osmium hardly correlates with other asset classes, what happens is what every investor wants: not only is volatility reduced, but at the same time the return is increased and thus the overall portfolio is smoothed.

The new Osmium app was presented, which contains all the essential elements around price and facts. It is now being checked for safety and application and will then be released to the masses.

The clear result of the symposium is: Osmium is and remains the rarest of the non-radioactive elements, the metals and the precious metals. No other element will take this position away from it.

The job of the German Osmium-Institute is the certification and market introduction of crystalline osmium. Since crystallisation has been developed in 2014 the precious metal with the highest density and value density has become increasingly interesting for investors as a tangible asset.

Osmium is not traded at an exchange, its price is generated in Switzerland every day, considering factors like demand for crystalline osmium and supply of raw osmium.

For the purchase of osmium, it is requested that, in addition to the institutes themselves, one should primarily turn to specialist dealers, wholesalers and jewellers who have received approval from osmium institutes for trade and distribution. These organisations have the obligation to have profound expertise on osmium.

Recommend The Last Precious Metal in the Desert press release