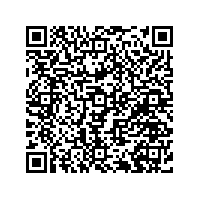 Subscribe to news
(PresseBox) ( London, 09-09-02 )
Origin Storage, the storage systems integration specialist, says that a new speed-boosting technology from Intel - known as Braidwood - will boost the position of magnetic hard drives in the storage systems marketplace.

According to Andy Cordial, the firm's managing director, the technology - which was first announced in June of this year - increases the speed of PC boot-up times, makes applications launch more quickly and improves the overall speed of a computer.

"A report from Objective Systems makes the interesting prediction that Braidwood - essentially an advance on Intel's Robson technology - will boost magnetic drives at the expense of solid state drives (SSDs) ," he said.

"This is good news for companies planning to use encrypted technology to secure their data, as it's a lot easier to integrate encryption with magnetic drives that their SSD equivalents," he added.

Cordial went on to say that, as Origin Storage has been saying for some time, the current perception that SSDs can replace magnetic drives in all portable devices and their applications is something of a misnomer.

SSDs, he explained, ar very suitable for specific applications, such as small form factor netbooks, but the role of magnetic drives remains strong in most other portable applications.

"The fact that Objective Systems comes to pretty much the same conclusion vindicates our position. SSDs have their place, but when it comes to the all-round flexibility that magnetic drives offer, there really is no competition," he said.

"There's no doubting that, as SSD capacities get larger over time and their cost per gigabyte reduces, they will increase their market share in the longer term. For the time being, however, as this report shows, magnetic drives will remain top of the tree," he added.

For more on the Objective Systems report: http://preview.tinyurl.com/...