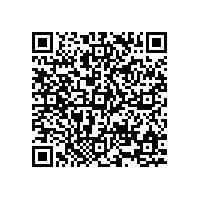 Subscribe to news
(PresseBox) ( Leuven, Belgium, 12-08-31 )
Option N.V. (EURONEXT Brussels: OPTI; OTC: OPNVY), the wireless technology company, today announced its results for the first half fiscal year ended June 30, 2012. The financial information reported in this release is presented in Euros and has been prepared in accordance with the recognition and measurement criteria of IFRS as adopted by the European Union. The accounting policies and methods of computation followed in the attached financial statements are the same as those followed in the most recent annual financial statements. The company released its IAS 34 interim financial statements.

Option transformed its business over the last 18 months and, as a result, the activity is now based on three strategic pillars: Connectivity, Security, Experience.

At the Mobile World Congress in Barcelona, Option showcased the XYfi, VIU2, Cloudkey and GlobeSurfer III+. Based on feedback of the market and potential customers, these products and solutions were further developed and are now being commercialized.

They are the proof that the Group has moved from basic products for mobile network operators (MNO's), towards End-to-End solutions for businesses and consumers. The offering is now positioned towards vertical markets such as automotive, financial services, security & surveillance.

After 18 months of development of these new products & services, the Group is now ready to start generating return on investment (ROI) from recurring sales.

Financial Highlights of the first half fiscal year 2012

For the entire press release, including tables, click on the link below.

Option is a global leader in wireless connectivity, security and experience. Option enhances the performance, functionality and usability of wireless communications through a portfolio of 3G, 4G HSPA/LTE and WLAN connectivity solutions. The company works with mobile operators, OEMs, retailers and enterprise customers to create compelling products that enable new connected and secure services. Option is headquartered in Belgium, with further R&D facilities in Germany and an ISO 9001 production engineering and logistics facility in Ireland. Option maintains offices in Europe, the US, Greater China, Japan and Australia. More at www.option.com

Copyright ©2012 OPTION. All rights reserved. All product and company names herein may be (registered) trademarks or trade names.