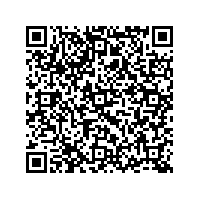 diedruckerei.de is Official Partner of the LIGA total! CUP 2012 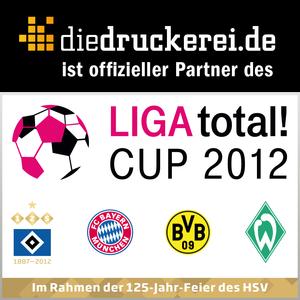 (PresseBox) ( Neustadt an der Aisch, 12-08-01 )
"This will be a special football highlight", Walter Meyer, CEO of Onlineprinters GmbH, is happy to comment on the official partnership of the online print shop in the LIGA total! CUP 2012. The football event will be hosted in the Imtech Arena in Hamburg on August 4 and 5, 2012 on occasion of the 125th anniversary of the Hamburg football club HSV. Onlineprinters GmbH with its German brand diedruckerei.de will advertise on the LED perimeter and offer a comprehensive communication package in its role as the official partner of the LIGA total! CUP 2012. All four matches will be broadcast live on TV channel Sat1 or in the live stream at www.ligatotal.de. Coverage of the event will begin on 4:30 pm on both days. Up to five million viewers watched the matches of the LIGA total! CUP on their TV screens in 2011.

The online print shop congratulates the HSV on their 125th anniversary

The LIGA total! CUP 2012 will be the acid test for four of the most popular and successful top teams of the German Bundesliga before starting into the new Bundesliga season. The Bundesliga clubs Hamburger SV, Werder Bremen, record champion FC Bayern München and Borussia Dortmund, German football champion 2012 and LIGA total! titleholder, will compete in this year's tournament. "As fans of top-class football, we are very excited about the partnership and we are happy to expand the fan community of the famous football teams playing the LIGA total! Cup 2012. And we want to congratulate especially the HSV on their 125th club anniversary", Walter Meyer further.

Top football and Onlineprinters have one thing in common: many fans. "We have 99 percent satisfied customers in the online shop", the CEO is happy to comment. Unlike most providers of online printing products, the Franconian Onlineprinters GmbH is not a retailer but actually produces and processes printed products, such as flyers, postcards, folders, brochures, posters, stationery, business cards, catalogues and large-format advertising products such as signs and banners. "Ordering printed products online at unbelievably favourable prices easily and conveniently – this is an interesting product offer especially for sports clubs", Walter Meyer is convinced.

Founded in 2008, Onlineprinters GmbH has become one of the biggest online print shops in Europe within only a few years. The German company serves 30 European countries. All standard printed products are produced in the PSO-certified production department in premium offset quality and in flexible digital printing technology. "Processing print orders personally and quick delivery" is what business customers want. They order the whole range of printed products in the online shop, including business cards, stationery, flyers, postcards, posters, adhesive-bound catalogues, stitched brochures and large-format advertisement systems, and even upload their print data themselves. In 2012, the online print shop received the "Bayerns Best 50" award for its excellent company development. Detailed product information on the products and the company is available in the online shop of http://www.onlineprinters.com