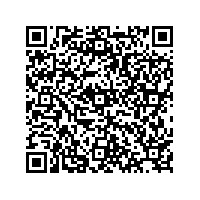 Round or square? European barkeepers divided over shape of beermats 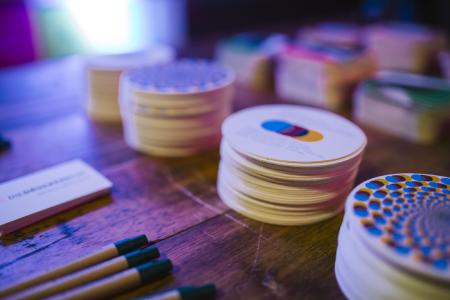 (PresseBox) ( Fuerth, 19-09-05 )
Some European countries are known to love wine while other nations are most enamoured of beer. Besides different beverage preferences, Europeans are also divided over what to rest their drinks upon. After analysing several thousand beermat orders, Onlineprinters, the provider of online printing services, found that there are national differences regarding the preferred shape of beermats as well as different industry-specific demand trends.

In 2018, customers of the Onlineprinters Group, which sells custom-printed products over the internet, purchased more than nine million beer mats. This is 23 percent more than the year before – although beer production in Europe has been constant at around 40 billion litres per year for the past eight years.

Sales quintupled in some industries

The sectors that ordered the most custom-printed drink mats besides agencies and print shops are "art & culture" (ranking 3rd), the retail industry (2nd place) and the hospitality sector which leads the field by a wide margin with 13.8 million beer mats ordered. Demand from bar and restaurant owners was thus up 20 percent from the previous year. Quite interestingly, demand from customers that put themselves in the "authorities and public service" category doubled from 2017 to 2018 and demand in the "education and training" sector even increased fivefold.

Among others, the analysis also shed light on the countries' favourite beermat shapes. Round beverage coasters are a hot item in Italian osterias and pizza restaurants. Spanish tapas bars also prefer mostly round beer mats. In contrast, square coasters are popular in Austrian coffee houses and inns as well as in German pubs and taverns. Eastern Europe definitely fancies round: Beer in the Czech Republic, for instance, is usually slapped down on round coasters.

Custom-made instead of off-the-rack

In the last years, Onlineprinters, the provider of online printing services, produced more than 40 million personalised beer mats for customers across Europe. It is estimated that several billion cardboard coasters are produced each years. Most of them are ready-made standard items advertising the logo of breweries. Beer mats "printed online" in contrast are custom jobs which customers have designed themselves for their own purposes. In total, the online printer thus sold about 23 percent more beer mats last year while the number of orders increased by 29 percent. So obviously there is a trend towards smaller print runs. State-of-the-art production technologies enable beverage coasters to be produced from a minimum quantity of 100. The average print run was 4,000 beer mats as the analysis revealed. More and more event organisers, companies and caterers order small quantities of personalised beermats to increase brand awareness, promote events and boost marketing campaigns. And demand is growing steadily.

The history of beer mats

Originally invented in Germany in the 19th century, the first beermats were made of felt and could be washed. Those who couldn't afford tankard mugs with lids also used coasters as a lid to protect their drinks from bugs and falling leaves when drinking outside – hence the name "bierdeckel" as coasters are known in Germany because the German word "deckel" actually means "lid". Around 1880, the first cardboard coasters as we know them today were produced, already printed with advertisement. 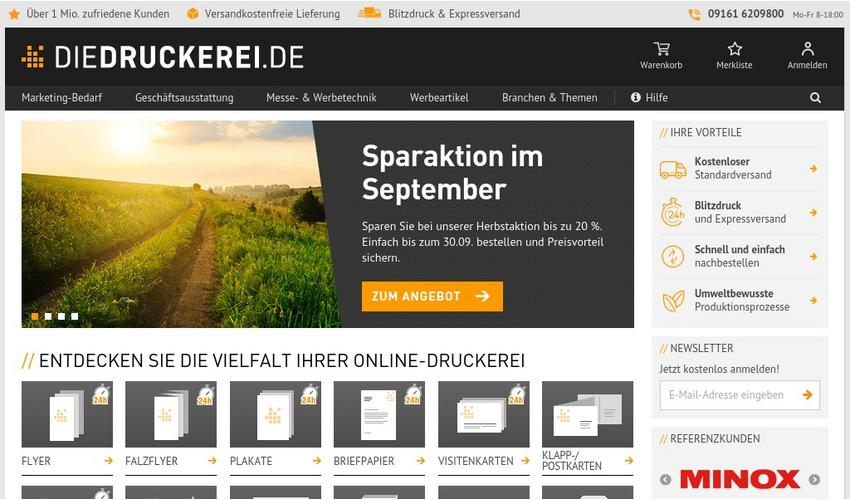 The Onlineprinters Group is one of the leading online print shops in Europe. Employing a staff of more than 1,500, Onlineprinters produced 3.2 billion+ printed advertising products last year. The company sells more than 1,500 print products, including business cards, letterheads, flyers, catalogues, brochures, large-format advertising systems and more, to 1,000,000 customers in 30 European countries. Web shops available in 11 different languages allow customers to conveniently order printed products on the internet 24/7. Internationally, the online print provider is known under the brand name of Onlineprinters; in Germany it operates as diedruckerei.de. UK market leader Solopress and LaserTryk, the Scandinavian number one, are members of the Onlineprinters Group.

Recommend Round or square? European barkeepers divided over shape of beermats press release