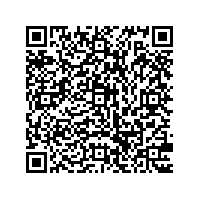 The non-GAAP revenue amount includes revenue lost to purchase accounting largely in conjunction with the Company's acquisitions of Tegic, Viecore and VoiceSignal. The non-GAAP net income amount excludes non-cash taxes and interest, amortization of intangible assets, non-cash amortization of stock-based compensation, and acquisition-related transition and integration costs and charges. See "GAAP to non-GAAP Reconciliation" below for further information on the Company's non-GAAP measures.

"Nuance continued its momentum into its second quarter as we experienced strong demand in our mobile, healthcare and imaging markets and robust performance from our international operations," said Paul Ricci, chairman and CEO of Nuance. "Interest in our mobile solutions, continued expansion of our on-demand revenues, acceleration of our acquisition synergies and the contributions from the eScription acquisition position us to sustain revenue and earnings growth through the remainder of the fiscal year."

Consistent with the Company's strategy and recent trends, highlights from the quarter include:

Mobile and Embedded Solutions - Nuance's mobile and embedded solutions revenues were a record $46.7 million. The Company continues to benefit from strong consumer demand, the industry's most extensive portfolio of embedded solutions and connected services, and new design wins with manufacturers, including LG, Motorola, Nokia, Palm, RIM and Sanyo.

Enterprise Speech - Nuance enterprise speech revenues were up year-over-year and sequentially owing to Nuance's On-Demand and Enterprises Services offerings. Demand for enterprise solutions was robust in the European and Asian markets, offset somewhat by sluggish demand within North America. Important agreements, across the enterprise division, with new and existing customers include AIC, Air France, Deutsche Bank, Nissan Motor and T-Mobile.

PDF and Document Imaging - Revenues for Nuance's PDF and imaging solutions were strong in the second quarter, owing largely to the launch of PDF Converter 5. The Company introduced a new Enterprise Edition of PDF Converter 5 which helped secure several enterprise licenses, including BASF and Deloitte.

Operational Achievement - Nuance increased its focus on expense controls and accelerating synergies from recent acquisitions to further improve and leverage non-GAAP operating margins. Cash flows from operations were a record, at approximately $41 million in the second quarter 2008, up 17 percent over the same period last year.

Nuance Communications, Inc. (NASDAQ: NUAN) is a leading provider of speech and imaging solutions for businesses and consumers around the world. Its technologies, applications and services make the user experience more compelling by transforming the way people interact with information and how they create, share and use documents. Every day, millions of users and thousands of businesses experience Nuance's proven applications. For more information, please visit www.nuance.com.

Trademark reference: Nuance, the Nuance logo, Dictaphone, iChart and OmniPage are registered trademarks or trademarks of Nuance Communications, Inc. or its affiliates in the United States and/or other countries. All other trademarks referenced herein are the property of their respective owners.