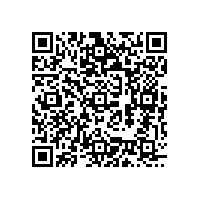 "I'm very pleased that Google has chosen to provide us with 10 slots in the Summer of Code program," said Joe "Zonker" Brockmeier, openSUSE community manager. "It's a great program that allows community projects to develop new features or applications, and more important, to provide a way for new contributors to learn how to work with open source projects. We not only get valuable code, but we are also able to work closely with the next generation of contributors."

According to Brockmeier, interest was high as the openSUSE project received more than 50 applications for its 10 allocated slots, and he is confident the students they're working with will be valuable contributors in the long run.

Google Summer of Code has funded more than 1,500 students and 2,000 mentors from 90 countries over the past three years. This year the project is funding 1,125 students with 175 open source projects, including openSUSE. For more information on openSUSE's activities in Google Summer of Code, visit http://code.google.com/....

OpenSUSE is a community distribution sponsored by Novell to promote the use of Linux* everywhere. OpenSUSE delivers everything Linux developers and enthusiasts need to get started with Linux. Hosted at www.opensuse.org, the project features easy access to builds and releases. It also offers extensive community development programs for open access to the development process used to create SUSE® Linux Enterprise.