The Nordeon Group presents itself at the LIGHTFAIR in the USA 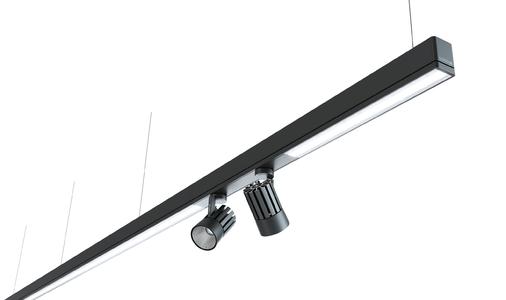 (PresseBox) ( Springe / Eindhoven (Netherlands), 14-05-30 )
.
- The largest and most important fair for architectural and industrial lighting in the USA takes place from the 3 - 5 June 2014 in Las Vegas.
- First introduction of the Nordeon Group to the American market
- The Nordeon Group represents 3 strong brands: Hess, Vulkan and Nordeon

The Nordeon Group presents itself for the first time to the American market. The LIGHTFAIR is one of the most renowned and largest fairs for architectural and industrial lighting worldwide and takes place once a year in the USA. Between 3 - 5 June 2014, more than 500 exhibitors will present their products and technologies in Las Vegas. The LIGHTFAIR Conference starts on 1 June. Here about 140 speakers will inform the visitors about a wide range of subjects. In addition to the introduction and presentation of the Nordeon Group, the sounding out of the market potential is paramount.

With Hess, an internationally leading manufacturer of decorative outdoor luminaires and site furnishings, the Nordeon Group already has a brand renowned in the American market in its portfolio. Hess itself is represented with its own stand by its subsidiary HessAmerica. HessAmerica successfully started sales and production on the American market as early as 1997 and can build on a high reputation within its total market. Accordingly, special attention will be given to the presentation of the Vulkan and Nordeon brands.

For more than a century, Vulkan has stood for technically high-quality and elegant products "Made in Germany" and is thereby the oldest brand in the lighting industry. Vulkan is especially well-known in the German-speaking countries. For cities, communities and energy suppliers, Vulkan offers technologically highly advanced, elegant products for a code-compliant illumination of streets, central traffic intersections, dangerous areas, pedestrian zones and public facilities. At the LIGHTFAIR, the new Vulkan LED Luminaire V3630 will be presented. This luminaire successfully celebrated its premiere at the Light + Building in Frankfurt.

Furthermore, with THOR, Nordeon presents a further completely new LED-luminaire. THOR was specially designed for use in industrial halls and warehouses with high ceilings. Requirements such as dependable and permanent protection from water, dust, vibrations and mechanical influences or high ambient temperatures do not present a problem. THOR more than meets these requirements, without having to compromise light quality, energy efficiency and lifetime. Due to the clear product design, THOR is also attractive for public spaces such as markets, multi-purpose halls or at train stations and airports.

Pierre van Lamsweerde, CEO of the Nordeon Group, is deeply convinced regarding the successful launch of the Nordeon Group in the USA: "We are more than optimistic that with Nordeon and Vulkan, we can gain and maintain a foothold in the American market." And with Hess, we have a company in our portfolio that already has a certain appeal in this market. We want to further increase this appeal and wherever it is possible, to use the resulting synergy for the Group."

The Nordeon Group is comprised of medium-sized, agile manufacturing and innovation sites, which operate in close proximity to their specific markets. The group's aim is to pool and utilise the experience and capabilities of these individual companies, in order to offer customers maximum benefit and optimum service and performance.

The Nordeon Group is a new, innovative European luminaire manufacturer. New yet experienced. The exterior lighting specialists from Hess in Villingen (Germany) and Gaffney (South Carolina/USA) as well as Vulkan in Springe (Germany) belong to the Nordeon Group. Nordeon with the locations in Springe (Germany) und Chalon sur Saône (France), is the specialist for industrial interior lighting. Together the companies have more than a hundred years of experience in the development and production of luminaires. Products "made in Western Europe and the USA" ensure high flexibility, quality and customer proximity.

Nordeon combines the determination and ambition of a newcomer with over one hundred years of experience in the lighting industry. On a daily basis, around 700 highly qualified and ambitious employees work carefully to realise customer requests in the highest quality.

LIGHTFAIR New York: With Nordeon and Griven, the Nordeon Group brings two strong brands to the American lighting market and, with Hess, presents a wealth of world premières and innovations