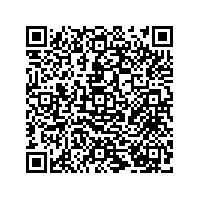 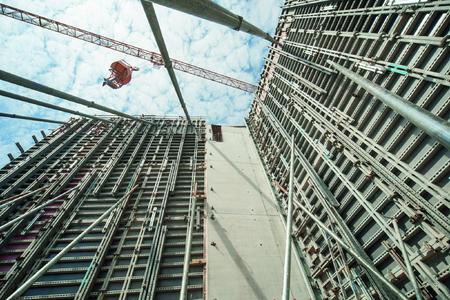 (PresseBox) ( Süssen, 15-08-31 )
Europe's largest climbing centre is due to open in early 2015 in Munich. The works included 15 m high fair-faced concrete walls cast in one pour. This was possible only by using NOEtop, the proven wall formwork system manufactured by NOE-Schaltechnik, Süssen, Germany.


From early 2015, it is very likely that anyone who happens to be close to Munich's Allianz Arena will see people climbing its walls. This is not because agitated spectators at the games in the stadium are being "driven up the wall" but rather that one of Europe's largest climbing and bouldering centre has been built in north Munich. The facility is intended to serve both competition and leisure climbers and offers bouldering as well as roped climbing. Boulderers are not secured by harnesses or similar safety devices. To prevent injury, thick mats are placed below the climbing walls, which are low enough in height to jump off, if necessary.

The new climbing and bouldering centre includes a climbing gym with around 400 m² of floor space, a height of 15 m and a separate training area. In addition, the plans show a bouldering gym with around 800 m² floor space and a height of 6 m, as well as a children's area. However, the climbers do not climb only inside the gyms, they also scale the external walls of the building. Outside, a roofed area provides approximately 1200 m² of climbing surfaces and an outdoor bouldering area, which can be directly connected to the bouldering gym by a sliding door. As well as these climbing facilities, the leisure centre has the usual locker and sanitary rooms, a bistro, a shop and many other amenities to make the visitor's time there a pleasant one.

The building is of reinforced concrete construction. The contract was awarded to Grossmann-Bau from Rosenheim, Upper Bavaria. The contractor already had experience in building climbing gyms. For example, in 2000 Grossmann-Bau built the DAV climbing centre in Thalkirchen, also in Munich, which was doubled in area in 2010, to the satisfaction of everyone involved. With the new Munich climbing gym, one of the greatest challenges was its 15 m high free-standing walls. They have a total length of 80 m and were constructed in 8 concrete pours, each extending to the full wall height.

Franz Huber, Project Site Manager, says: "One of my biggest worries with these walls was that the concrete would segregate in the formwork during the pour. Consequently, we had to proceed very carefully."

The height not only presents the risk of concrete segregation; particular care was also necessary in the design of the formwork. Its great height generates enormous concrete pressures on the panels during the pour. To be adequately equipped for these tasks, the Grossmann-Bau team opted for NOEtop from NOE-Schaltechnik. The chosen product is a steel frame formwork system capable of withstanding a concrete pressure of 88 kN/m² and outstandingly robust. Thanks to the system's integrated bracing, it can be used as beam formwork in which the tie bars can be placed anywhere in the bracing.

Günther Aufhammer, Project Foreman, comments: "To reduce the risks involved, we had to place the concrete relatively slowly. Therefore we were pleased to be using NOEtop. With another formwork panel, the whole thing would probably not have worked."

We find NOEtop performs excellently thanks to its particularly thick-walled steel frames (3.5 mm), which give the panels their extraordinary strength. The system also eased the task of the site construction team in another respect: because NOEtop is one of the manufacturer's main standard formwork systems, there is a huge range of accessories available, such as self-securing walkway brackets, articulating external formwork corner units and much more.

The manufacturer's adjustable internal and external corners were used on the Munich site. These units make erecting non-square formwork corners a very quick operation. They have an easily operated mechanism that allows corners to be set at angles of 60 to 180 degrees. A PU corner strip protects the mechanism by preventing cement or rust from forming deposits inside it and stops water from bleeding out of the concrete. Hence the NOE stripping corners considerably simplified the work of the site construction team on this futuristic climbing gym, where very few walls meet at right angles.

A further requirement demanding the particular skills of this contractor was that the majority of the surfaces had to be left visible in fair-faced concrete. Although the highest class of exposed concrete finish was not called for here, the Grossmann-Bau team placed great emphasis on achieving an aesthetically uniform concrete surface. As a result, they decided to use NOEply formwork facing. This product offers several advantages. For example, it strips easily from the concrete and gives the surface a consistent appearance, despite being used a number of times. Variations in colour were avoided.

"The NOE products performed well on site and were essential to efficient working," says Franz Huber. So much so that the contractor was able to deliver within the specified construction time of only four months.