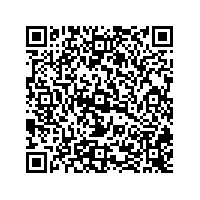 Gross profits in asknet‘s Academics Business Unit rose from 0.70 million euros to 0.78 million euros in the reporting period. The increase was mainly due to the adjustment of the booking conditions for portal services and software licenses. Moreover, the sale of the IBM SPSS licenses in Switzerland will be pushed ahead. Gross profits in the eCommerce Solutions Business Unit climbed from 1.52 million euros to 1.55 million euros in the first quarter. The positive earnings trend is essentially attributable to the many new customer contracts signed in 2016, which are now gradually taking financial effect.

The first three months of 2017 also saw asknet continue the change process for the installation of a sustainable profitable business model. The main focus was on the reorganisation implemented with effect from November 1, 2016, which must be backed with appropriate processes and structures.

On balance, the business performance in the first quarter of 2017 was in line with the company’s plans. Consolidated gross profits are expected to pick up further in the full year 2017.

Says Tobias Kaulfuss, CEO of asknet AG: “Following a difficult year 2016, which was characterised by extraordinary effects on the one hand and by major sales successes on the other hand, we can now focus entirely on our core tasks. The first quarter has shown that our reform efforts to date are taking effect and that we are on the right track operationally. But as had been expected, we will probably not break even in 2017. This is due not only to the fact that sales revenues are picking up only gradually but also to the ongoing change measures, which constitute urgently required investments in sustainable corporate development. After all, only process improvements and intelligent innovations will allow us to expand our competitive position and to permanently position ourselves as an experienced, innovative and successful e-commerce specialist in the market.”

As announced in an ad-hoc release on May 22, 2017, the Executive Board and the Supervisory Board of asknet AG will propose an ordinary capital reduction to the shareholders at the Annual General Meeting on July 6, 2017. The reduction of the share capital would allow the company to offset the loss posted for the period ended December 31, 2016. As this is a nominal reduction, the shareholders' holdings in asknet AG will not change as a matter of principle. Rather, the financial footing of the company is adjusted and the flexibility in corporate financing is increased in the ongoing change process.

The convocation of the Annual General Meeting including the announcement of the full agenda will follow shortly.

Selected key figures of the Group

The condensed financial statements for the first three months of 2017 are available on the company’s website at www.asknet.de as of today.