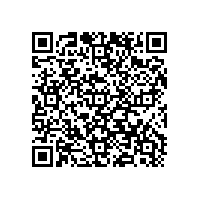 Good progress was made in the second half of 2016 with regard to the tax issue in Norway. A first advance payment was made to reduce the interest burden and part of the provision was released as of the end of the year, as the retrospective tax payment will probably be somewhat lower than previously projected. Moreover, the company continues to examine the possibility of enforcing liability claims in order to further minimize the damage. As this issue was addressed, the internal risk processes were revised from scratch and a new risk management system was installed.

The company also implemented a comprehensive change process in the fiscal year, whose measures will lead to significant annual savings as a result of increased operational and structural efficiency. These savings were felt already in the second half of the year and more than offset the extraordinary expenses associated with the program. A material change in this context was the organizational reform implemented as of 1 November, as part of which important back-office departments were implemented into the business units, giving the latter full customer and product responsibility along the value chain from sales to technical implementation to customer service. In addition, development and innovation tasks have been pooled in the Technical Product Management Department, which will push ahead with the identification and development of innovative products and processes independently of the operational business.

Says Tobias Kaulfuss, CEO of asknet AG: “The fiscal year 2016 was marked by great contrasts. But against the background of the setbacks experienced in the course of the year, we were all the more determined to implement fundamental changes. This strategy is vindicated primarily by the sales successes of asknet’s eCommerce Solutions Business Unit, which make us optimistic about the future. A total of 18 new customers make 2016 one of the most successful sales years in our history of over 20 years. There was great interest in our solutions and services especially in Asia.”

The Executive Board expects the Group’s gross profits to pick up in the fiscal year 2017. Given that extraordinary expenses will once again be incurred in the context of the change process the current fiscal year and investments in development will be increased, the Executive Board assumes that the operating result will be much better than in 2016 but will still be negative. In the medium term, however, earnings before taxes are expected to reach approx. 10 percent of gross profits on a sustained basis.

The full Annual Report for 2016 is available on the company’s website at www.asknet.com.