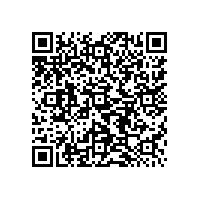 Subscribe to news
(PresseBox) ( Karlsruhe, 17-07-06 )
At today’s ordinary annual general meeting, asknet AG CEO Tobias Kaulfuss presented the results of the fiscal year 2016 to the shareholders and outlined the key aspects of the strategy for the current fiscal year.
The shareholders attending this year’s annual general meeting, who represented about 46.57 percent of the share capital, expressed their confidence in both the Executive Board and the Supervisory Board. All items on the agenda, including the resolution proposals for the reduction of the share capital as well as the elections to the Supervisory Board and of substitute members, were approved by a large majority.
The ordinary capital reduction will make it possible to offset the net loss posted in the balance sheet as at December 31, 2016 and to restructure the company’s equity capital. The nominal capital reduction will be made in a 10:1 reverse stock split.
The shareholders also re-elected Dr. Joachim Bernecker (Chairman), Thomas Krüger and Michael Neises to the Supervisory Board and elected Tim Stracke, Ulrich Clemm and Jörn Matuszewski as substitute members.

The Executive Board moreover informed the shareholders that the Norwegian authorities have concluded their investigations and that the Norway issue will probably be settled in this respect already in early August. The Norwegian authorities positively mentioned asknet’s active participation and transparency in clarifying the matter. The amounts imposed were in line with the provisions established for this purpose and the advance payment already made, which means that the result for 2017 will not be adversely affected. By contrast, there is still a possibility to claim damages from third parties, which asknet will continue to pursue.
Tobias Kaulfuss, CEO of asknet AG said: “We can now fully refocus on our operating activities and the completion of our change process. While the situation remains challenging, the current fiscal year shows that the changes we implemented have put us on the right track.”

asknet Group is an innovative supplier of e-business technologies and solutions for the global distribution and management of digital and physical goods. Founded in 1995 as a spin-off of the Karlsruhe Institute of Technology (KIT), the company is a pioneer of modern e-commerce with over 20 years’ experience in the field.
asknet’s eCommerce Solutions Business Unit (previously Digital Goods and Physical Goods Business Unit) enables international manufacturers to successfully market their products in over 190 countries. The core product, asknet eCommerce Suite, covers the complete sales process and is suitable for manufacturers of both digital and physical goods. In addition, the company offers stand-alone services and solutions along the value chain. asknet’s Academics Business Unit assists customers from the research and education sector in purchasing and managing software and hardware. Thanks to its close relations with over 80% of Germany’s universities and research institutions, asknet is intimately familiar with their needs and requirements and can offer them specific solutions. For more information, visit www.asknet.com.