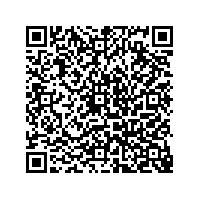 - Net revenue of $195.9 million, compared to $144.7 million in the comparable prior year quarter, 35% yearoveryear growth

$0.02 in the comparable prior year quarter

Patrick Lo, Chairman and Chief Executive Officer of NETGEAR commented, "For the second quarter of 2010, we are pleased with our year on year growth in all three geographic regions, especially with our 48% growth in North America. While the U.S. retail market grew strongly year over year, we also achieved the number one market share position in the networking category for the first time. We are also pleased to see a continuous recovery of demand among small business customers worldwide. Our net revenue from service providers was approximately 16% of total net revenue in the second quarter 2010, as compared to 30% in the second quarter of 2009, and 19% in the first quarter of 2010. We expect the percentage of service provider revenue to increase when our service provider customers worldwide begin rolling out Docsis 3.0 equipment in the second half of 2010.

We believe our strength in the market is primarily due to our superior new product introductions as compared to our competitors worldwide. In the second quarter of 2010, we introduced 18 new products. Notable new products include our ReadyNAS® 4 Bay and 12 Bay Rackmount, our Wi-FiTM adapters for TVs, our 11n Wi-Fi repeaters for TVs to IP set top boxes, and our 28 and 52 port Stackable Layer 3 Managed Switches. Due to our ongoing commitment to research and development, we expect our pace of new product introductions to accelerate in the third quarter of 2010, with 20 or more new products expected to be launched. For example, our newest highend consumer network storage ReadyNAS Ultra is leading the way as the first network attached storage device that is networkable to TiVo® boxes.

The ReadyNAS Ultra will enable customers to have up to 12 TB, or approximately 2,000 hours of centralized recorded high definition TV shows serving any and all TiVo boxes in a home."

Looking forward, Mr. Lo added, "We continue to see market demand growth in all three geographic regions, and in all product categories. Our success has been driven by innovative product introductions and we expect to outpace our competitors in the number of new product introductions for the foreseeable future. Despite the recent financial market challenges in Europe, we continue to see growth in end market demand for NETGEAR products in this region from both consumers and businesses, in both local currency and U.S. Dollar terms. For the third quarter 2010, we expect net revenue in the range of approximately $215 million to $225 million, with non-GAAP operating margin to be in the range of 11% to 12%."

NETGEAR (NASDAQGM: NTGR) designs innovative, branded technology solutions that address the specific networking, storage, and security needs of small- to mediumsized businesses and home users. The company offers an endtoend networking product portfolio to enable users to share Internet access, peripherals, files, multimedia content, and applications among multiple computers and other Internetenabled devices. Products are built on a variety of proven technologies such as wireless, Ethernet and powerline, with a focus on reliability and easeofuse. NETGEAR products are sold in about 27,000 retail locations around the globe, and via approximately 36,000 valueadded resellers. The company's headquarters are in San Jose, Calif., with additional offices in 25 countries. NETGEAR is an ENERGY STAR® partner. More information is available by visiting www.netgear.com or calling (408) 907-8000.