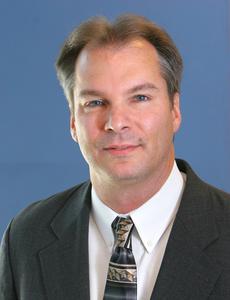 (PresseBox) ( Sunnyvale, 09-08-20 )
NetApp (NASDAQ: NTAP) today announced that its Board of Directors appointed Tom Georgens as the company's president and chief executive officer, succeeding Dan Warmenhoven, who led the company as CEO for the past 15 years. The transition in leadership, which is effective immediately, is the result of a management succession process.

Warmenhoven, 58, continues as chairman of the Board of Directors. He also assumes the role of executive chairman, a newly created position to help build and expand relationships with certain strategic partners around the world, including service providers and key technology partners.

"Looking back, I am very proud that NetApp has achieved a leadership position in the storage market and now look forward to supporting Tom as he takes the company through the next stages of growth in a new era for the information technology (IT) industry," said Warmenhoven. "Tom has demonstrated proven leadership capabilities in strategy development and day-to-day operations."

"I am honored to follow in Dan's footsteps," said Georgens. "In just 15 years, NetApp has grown from a $14 million startup with 45 employees into a recognized market leader in networked storage and data management with $3.4 billion in annual revenues and approximately 8,000 employees around the world. Dan also helped to cultivate a unique corporate culture, which has resulted in NetApp consistently being recognized as a great place to work."

Georgens added, "I am excited about leading NetApp forward at a time when the IT industry is at a critical inflection point that will create tremendous opportunities and inevitable challenges. We are committed to creating success for our customers and partners in this changing market environment."