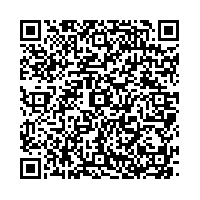 "Given the economic backdrop, NetApp performed well in the first quarter. With year over year revenue growth roughly flat on a constant currency basis, our revenue performance clearly outpaced the storage industry at large," said Tom Georgens, president and chief executive officer. "Our operating income and operating margin both increased year over year, and we produced our highest gross margin percentage in over five years."

"Today we are also announcing that Tom Georgens, NetApp's president and chief operating officer, is succeeding me as CEO in the culmination of a management succession process. Over the past four years, he has proven his leadership capabilities in both strategy development and day-to-day operations," said Dan Warmenhoven, executive chairman. "His appointment represents a continuity in leadership at NetApp. The company is well positioned and I look forward to supporting Tom as he leads NetApp to the next stages of growth."

For the quarter, NetApp customers continue to adopt deduplication at a rapid pace. With unique NetApp® technology, customers are able to eliminate redundant data across all tiers of storage, allowing them to combat data proliferation while creating a more efficient storage infrastructure. More than 7,200 NetApp customers have activated deduplication on over 37,000 systems, representing 514PB in usable storage capacity.

This quarter, NetApp announced the availability of the first consolidated reference guide for a 2,000-seat pool of desktops (POD)-based architecture to help customers deploy VMware® View on NetApp and Cisco Nexus infrastructures. The guide provides customers with the framework to deploy their own integrated desktop virtualization solutions quickly and cost-effectively and to easily scale incrementally to meet ever-changing business needs.

NetApp also unveiled new program enhancements for its reseller partners. The NetApp Partner Program, formerly known as the VIP Program, continues to build on the channel program initiatives for which NetApp has become known over the years, with new investments in infrastructure and enablement tools to help make doing business with NetApp easier for partners. In addition, the NetApp Partner Program now officially encompasses all indirect selling partner types, including NetApp's OEM partners, to align all indirect efforts under one global program. The new program enhancements include NetApp Field Portal, Campaign Express, and the NetApp GetSuccessful(TM) Partner Enablement Program.

Finally, in addition to NetApp's various solution and partner announcements during the quarter, the company received the following awards and industry recognition:

- Microsoft 2009 Storage Solutions Partner of the Year: NetApp was named the Microsoft 2009 Partner of the Year in the Advanced Infrastructure, Storage Solutions category. This award reflects NetApp's long-standing partnership with Microsoft and its commitment to and success helping Microsoft customers do more with less in Microsoft Exchange, SharePoint® Server, SQL Server®, and Hyper-V environments.
- Best Companies to Work for Awards: In addition to NetApp U.S. being named number one in FORTUNE magazine's 2009 "Best Companies to Work For" list in January 2009, the company also ranked in the top 15 in the following regional and global areas:
- D.C. Area: Number two in the Best Place to Work in the D.C. Area by the Washington Business Journal
- Australia: Number two in the "2009 Best Companies" list compiled by the Great Place to Work® Institute Australia
- United Kingdom: Number four in the UK's "50 Best Workplaces"
- India: Number nine in India's "Best Companies to Work For"
- Germany: Number nine in the "Best Workplaces in Germany" by the Great Place to Work Institute Germany
- Europe: Number 11 in the "50 Best Large Workplaces in Europe"
- Netherlands: Number 11 in the "25 Best Places to Work" by the Great Place to Work Institute Netherlands
- CIO 100 Award Honorees: IDG's CIO magazine awarded NetApp a 2009 CIO 100 award, which recognizes organizations around the world that exemplify the highest level of operational and strategic excellence in information technology.
- 2009 Uptime Institute Global Green 100 List: NetApp was named to the Global Green 100 List for 2009 by the Uptime Institute in recognition of its integral commitment to and progress toward reducing its energy consumption and carbon footprint.
- Service Capability & Performance (SCP) Standards: NetApp's Technical Support Center achieved certification under the prestigious Service Capability & Performance Standards after an extensive audit of its Research Triangle Park, North Carolina, support center.

(1) Earnings per share is calculated using the diluted number of shares for all periods presented.
(2) Non-GAAP results of operations exclude the GSA settlement, amortization of intangible assets, stock-based compensation expenses, merger termination proceeds (net of related expenses), restructuring and other charges, non-cash interest expense associated with the adoption of FSP APB 14-1, net loss on investments, and our GAAP tax provision, including discrete items, but includes a proforma tax provision based upon our projected annual proforma effective tax rate.

This press release contains forward-looking statements within the meaning of the Private Securities Litigation Reform Act of 1995. These statements include all of the statements under the Outlook section relating to our forecasted operating results and metrics for the second quarter of fiscal year 2010 and the benefits that we expect our customers to realize from using our products. These forward-looking statements involve risks and uncertainties, and actual results could vary. Important factors that could cause actual results to differ materially from those in the forward-looking statements include the material and adverse global economic and market conditions that currently exist and that are expected to persist throughout calendar 2009; our ability to build non-deferred backlog to levels consistent with our past results and to increase our revenue over the next several quarters; risks associated with the anticipated growth in network storage and content delivery markets; our ability to deliver new product architectures and enterprise service offerings; competition risks, including our ability to design products and services that compete effectively from a price and performance perspective; risks with new product introductions; our reliance on a limited number of suppliers; our ability to accurately forecast demand for our products and successfully manage our relationships with our contract manufacturers; our ability to expand our direct sales operations and reseller distribution channels; our ability to develop, maintain, and strengthen our relationships and product offerings with strategic partners; risks associated with international operations; our ability to successfully acquire and integrate complementary businesses and technologies; foreign currency exchange rate fluctuations; and other important factors as described in NetApp reports and documents filed from time to time with the Securities and Exchange Commission (SEC), including the factors described under the sections captioned "Risk Factors" in our most recently submitted 10-K. We disclaim any obligation to update information contained in these forward-looking statements whether as a result of new information, future events, or otherwise.

NetApp Use of Corporate Web Site

In accordance with SEC guidance published on August 22, 2008 (Release No. 34-58288), NetApp will begin to disseminate material information about the company through its corporate Web site within the next several fiscal quarters. NetApp intends to designate a separate portion of its corporate Web site for purposes of these disclosures and will include a prominent link on its Web site to allow visitors to locate this material information, which will be routinely updated. The Web site will supplement, rather than replace, NetApp's current existing channels of information distribution.