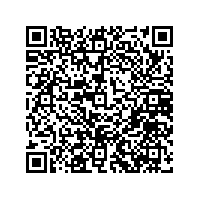 (PresseBox) ( Heidelberg, 12-08-23 )
The EU-funded project OFELIA announced the success of its second Open Call for using and extending the pan-European OFELIA OpenFlow-based testbed facility. Four proposals (out of 17 submitted) were selected and will extend the infrastructure and functionality of the facility.

The OFELIA project has set-up and maintains a pan-European experimental network facility that allows researchers to not only experiment "on" a test network but to control and extend the network itself precisely and dynamically. The OFELIA facility is based on OpenFlow, a currently emerging networking technology that allows virtualization and control of the network environment through secure and standardized interfaces. OpenFlow is a key component of the new networking paradigm called Software Defined Networking (SDN). Generally, the use of the OFELIA facility is provided "as is" as a free-of-charge best-effort service. Any user accepting the usage policy is welcome to experiment on the OpenFlow-enabled testbed.

17 proposals were submitted to the OFELIA open call, in total asking for 1.97 M€ of EU budget contribution, about five times the available budget. The four proposals selected by independent reviewers, which will be integrated into OFELIA, are:

OpenFlow-assisted VoD [Lancaster University, UK]: QoE Experimentation and Evaluation. Here OpenFlow will be exploited to support transparent caching of large media objects in a wide-area network, with extensions to the OpenFlow interface where necessary. The goal is to optimize the repeated delivery of identical content, while allowing the applications deployed across the network to continue using apparently simple unicast flows. Furthermore, the impact of delivery mechanisms on the users' perceived Quality-of- Experience (QoE) will be evaluated by applying an established QoE measurement framework to the evaluation of the OpenFlow-based transparent caching system.

EDOBRA [Instituto de Telecomunicações Aveiro (ITAV), Portugal]: Extending and Deploying OFELIA in BRAzil, gathers a team of three different institutions from Portugal and Brazil: the Instituto de Telecomunicações (IT), from Aveiro, Portugal, the University of São Paulo (USP), and the Federal University of Uberlândia (UFU), both from Brazil. This proposal aims at extending the capacity of Software Defined Networks approaches, such as OpenFlow, by enabling the support for vertical handovers using IEEE 802.21 enhanced mechanisms, and by deploying the Entity Title Architecture, a clean slate approach that provides seamless multicast and mobility based on this OpenFlow substrate. EDOBRA will increase the physical coverage of OFELIA by deploying a new node in Brazil, which will improve future Internet research and experimentation by providing these approaches to a broader community.

EMOTICON [Consorzio Nazionale Interuniversitario per le Telecomunicazioni (CNIT), Italy]: Extending OpenFlow for Unified Management and Control of Cloud Data Center Resources. This aims at enhancing OFELIA with a novel functionality that enables the unified control and management of IT and network resources in Cloud Data Centers. New virtualization-aware networking architecture whose advanced traffic engineering capabilities are enabled by OpenFlow-based Virtualization-aware Networking (OFVN) systems. The OFVN architecture will be designed with scalability in mind, so as to guarantee performance requirements concerning communication among the servers even though the Data Center continues to grow in size. EMOTICON will also contribute to increase the physical extension of the OFELIA facility by adding a new island located in Pisa, that consists of two different CNIT sites (National Laboratory of Photonic Networks and Dept. of Information Engineering - University of Pisa) interconnected through a WDM optical ring.