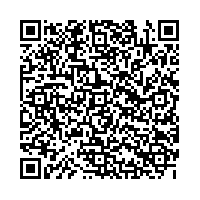 (PresseBox) ( Middlesex, 11-07-05 )
.
NDS, the leading provider of technology solutions for digital pay-TV, today announced that NDS Studio Design have received the internationally recognised Red Dot Product Design Award for the new remote control for French telecoms operator SFR. Inspired by the operator’s branding and existing logo design, judges were particularly impressed by the ability of the remote control to connect the consumer to the product. The judges also concluded that the remote had been designed in such a way that it reflected and enhanced the SFR brand.

The Red Dot Design Awards are an international product design prize awarded by the Design Zentrum Nordrhein Westfalen in Essen, Germany. With more than 14,000 submissions from 70 countries, the international “Red Dot Design Award” is one of the largest and most renowned design competitions in the world and spans categories in Communication Design, Design Concept and Product Design.

With clever use of design and ergonomics, the SFR remote control creates a link between the consumer and the product as well as between the hardware (remote control) and the software (user interface). The design of the remote control provides intuitive navigation for the user, reflected in the UI, streamlining the overall user experience.

Olivier Lacour, Vice President, NDS Studio Design said: “Design is an integral part of any TV offering and an important consideration when it comes to identifying with the brand. With the SFR remote control, the NDS design team has achieved the optimal balance between simplicity, ease of use and end-user functionality. We are extremely excited to have been awarded the Red Dot Product Design award and feel that it reinforces the approach we have taken that differentiates this product from other remote controls.”

The SFR remote control is segmented to provide two distinct functions, one half of the device enables the user to manage the main functions of the user interface while the other keys provide shortcuts to dedicated functions. The two areas are separated by material, shape and colour. To keep the user’s focus on the screen, the minimal set of buttons enables the user to intuitively navigate the user interface without needing to look at the remote control.

This notable award follows the presentation of the Janus Label du Service, by l’Institut Français du Design to NDS Studio Design for its work on the NDS Snowflake™ user interface.

SFR is the second biggest telecommunications operator in France, with turnover of €12.6 billion in 2010. As a global operator, it satisfies the requirements of domestic and professional customers, businesses and operators worldwide, covering mobile and fixed telecommunications, Internet and television services. SFR deploys its own mobile and fixed infrastructure, backed by expert IP (Internet Protocol) teams that live up to the ambitious demands placed on them: to be a transparent and responsible market player whose mission is to keep abreast of the needs of each individual and corporate customer, bringing them the best that digital technology can offer.
As of March 31, 2011, SFR had more than 21 million mobile customers, including some 16 million subscribers and 4.9 million high-speed home Internet subscribers. SFR is a fully-owned subsidiary of Vivendi and has staff of around 10 000 employees.