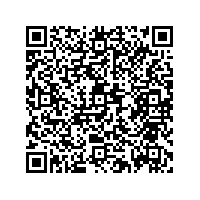 KDG, Germany’s largest cable network operator, is licensing Rovi’s EPG patents under the agreement between Rovi and NDS that was announced in April 2009.

"We are pleased to announce KDG as another NDS customer to benefit from our new patent license agreement with Rovi," said Gorm Nielsen, senior vice president, business development, NDS. "We believe that operators will benefit from the option to license Rovi’s EPG patents alongside NDS' own leading technology and service offerings, part of our ongoing effort to help operators and providers bring a richer viewing experience to their audiences."

“We continue to gain momentum in expanding our patent program worldwide with leading operators,” said Samir Armaly, senior vice president of licensing, Rovi. “We are pleased to welcome KDG, the leading cable network operator in Germany, to our licensing program. KDG joins our European licensees that include CANAL+, BSkyB, Portugal Telecom, SKY Italia and UPC Broadband.”

About Rovi Corporation
Rovi Corporation is focused on revolutionizing the digital entertainment landscape by delivering solutions that enable consumers to intuitively discover new entertainment from many sources and locations. The company also provides extensive entertainment discovery solutions for television, movies, music and photos to its customers in the consumer electronics, cable and satellite, entertainment and online distribution markets. These solutions, complemented by industry leading entertainment data, create the connections between people and technology, and enable them to discover and manage entertainment in an enjoyable form.

Rovi holds over 4,000 issued or pending patents and patent applications worldwide and is headquartered in Santa Clara, California, with numerous offices across the United States and around the world including Japan, Hong Kong, Luxembourg, and the United Kingdom. More information about Rovi can be found at www.rovicorp.com.