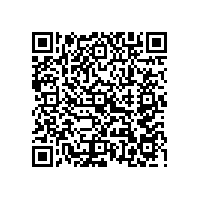 On June 22, 2012, the company completed the disposition of certain assets of its Entertainment business to Redbox Automated Retail, LLC. The results and guidance included in this release give effect to the disposition.

"Solid financial results and strong order growth in the second quarter, led by our Financial Services and Hospitality businesses, leave us on firm ground to achieve our full year objectives," said Bill Nuti, chairman and CEO of NCR. "U.S. regional banks continue to drive higher revenues as they embrace advanced customer service technologies and we are successfully capturing growth opportunities in key emerging markets as evidenced by order growth in Brazil during the second quarter. We have also continued to invest in innovation, most notably in our small and medium business offerings, with the recent introduction of NCR Silver. Our Hospitality vertical remains on track and we are actively strengthening our presence in key emerging markets such as Brazil. Looking ahead, we are focused on executing upon expanding global opportunities across our verticals while also further growing our software and services revenue and driving profitable growth."

NCR's Financial Services segment generated second-quarter revenue of $783 million, an increase of 7% from the second quarter of 2011. The increase was driven primarily by growth in the Americas and Europe theaters. The second quarter year-over-year revenue comparison was negatively impacted by 5 percentage points of foreign currency translation.

The Hospitality segment generated revenue of $130 million in the second quarter of 2012, driven largely by product volumes and services revenue in the Americas theater.

Operating income for Hospitality was $21 million in the second quarter of 2012.

The Emerging Industries segment generated second quarter revenue of $87 million, a decrease of 5% from the second quarter of 2011. The decrease was driven primarily by a slight decline in the Americas theater. The second quarter year-over-year revenue comparison was negatively impacted by 3 percentage points of foreign currency translation.

Operating income for Emerging Industries was $20 million in the second quarter of 2012 and 2011.

In the second quarter of 2012, NCR continued the introduction and deployment of its self-service solutions across its core and emerging industries while continuing to expand its global services business. The following are NCR's second quarter business highlights.

In the Financial Services segment, NCR announced that Central Bank, which services Provo, Utah and the surrounding communities, will deploy 10 NCR SelfServTM ATMs to revamp its ATM network. The new ATMs include NCR's Scalable Deposit Module (SDM) technology, and replace older machines including some from a competing manufacturer. The NCR SelfServTM ATMs that Central Bank will deploy are designed to meet customer demands for fast, convenient service, with the SDM technology enabling consumers to make a deposit twice as fast when compared to a similar transaction at a regular ATM.

NCR also recently introduced NCR Mobile Cash Withdrawal - a new software solution that allows consumers to initiate cash withdrawals from their banking accounts via a mobile device and complete those transactions at an ATM by scanning a 2D barcode. This technology can make ATM transactions faster and more secure by removing cards and PINs from the ATM usage process. In addition to this new technology, NCR has launched an expanded suite of digital signage, kiosk, and managed services tailored to address important needs of community banks and credit unions. The expanded product offering will provide institutions with the opportunity to increase their affinity with consumers by improving the security and availability of their self-service network and to use digital merchandising technologies in their branches to actively promote products and services.

In Retail Solutions, NCR launched NCR Silver this week, a simple and affordable cloud-based point-of-sale (POS) software platform that enables small business owners and entrepreneurs to take payments and manage their entire business with one POS solution. NCR Silver will address long-standing technology disadvantages faced by small businesses to allow them to better run their sales platform, connect with consumers and sell anywhere.

In Hospitality, NCR recently announced the completion of a series of strategic acquisitions in Brazil. The acquisitions should enable NCR to increase and strengthen its overall presence in Brazil where restaurant spending in forecasted to increase by a 9-10% annual growth rate according to Euromonitor. NCR acquired POS Integrated Solutions, a reseller of the NCR Aloha solution for restaurants and Wyse Sistemas de Informatica Ltda., a market leading provider of software solutions including the Colibri suite of hospitality software. NCR also acquired Radiant Distribution Solutions (RDS), an NCR Hospitality hardware distribution partner.

NCR entered into a new agreement with Carlson Restaurants to implement the NCR inventory and labor management solution in all of Carlson's domestic T.G.I. Friday's restaurants. The solution enables multiple back office maintenance efficiencies which should allow restaurant management to spend more time focusing on the service experience for guests. The solution is also designed to help reduce operational and food costs which should unlock capital for use in marketing initiatives and drive growth of the T.G.I. Friday's brand.

NCR also entered into an agreement with Krispy Kreme to implement the NCR Aloha restaurant technology solution in all of Krispy Kreme's U.S.-based corporate-owned sites and to make the solution available to Krispy Kreme franchisees. The solution should enable Krispy Kreme to manage mission critical daily operations at the local level and to leverage the power and freedom of having transactional data, systems configuration and management hosted in the cloud.

In addition, NCR recently launched NCR Customer Voice, a web-based customer loyalty, retention and referral tool that provides restaurant operators with an easy way to survey customers and automate the process for receiving customer feedback. The solution is also designed to provide a powerful low-cost, high-value marketing channel for restaurant operators through its integration with major social media channels including Facebook, LinkedIn and Twitter.

In Emerging Industries, NCR continued to advance its self-service technologies across its key verticals. In Travel, NCR recently showcased a number of products and services that offer a better and faster consumer service in the terminal and gate areas of airports. NCR Mobile Pass is a solution that converts a smartphone into a boarding pass and serves as an expansion of NCR's Mobile Suite, enabling passengers to manage their flight from booking and reservation, to check-in and boarding at the gate. Another product from NCR Travel, NCR Netkey Wayfinding, helps improve orientation in airports and helps passengers find gates, flight information, shops and special offers.

In addition, NCR and Bank of New Zealand jointly won the highly coveted "Best ATM Installation and Management Project at the Asian Banker 2012 Technology Implementation Awards." This marks the third consecutive win for NCR and recognizes Bank of New Zealand's world-first deployment of NCR Predictive Services, a unique technology that anticipates ATM failures before they occur and proactively schedules maintenance to maximize uptime. The technology has reduced the downtime of Bank of New Zealand's ATM fleet by one-third and driven an extra 20,000 hours of ATM uptime across the institution's network.

NCR expects full-year 2012 revenues to increase in the range of 11 to 13 percent on a constant currency basis compared with 2011.

NCR expects its full-year 2012 Income from Operations (GAAP) to be $362 million to $377 million, non-pension operating income (NPOI)(2) to be in the range of $570 to $585 million, GAAP diluted earnings per share to be $1.45 to $1.52 and non-GAAP diluted earnings per share(2) to be in the range of $2.40 to $2.47 per diluted share. The 2012 non-pension operating income (NPOI) and non-GAAP diluted EPS guidance excludes estimated pension expense of $165 million (approximately $119 million after-tax) compared with actual pension expense of $222 million ($155 million after-tax) in 2011 and amortization of intangibles from the Radiant acquisition of approximately $35 million ($24 million after tax). NCR expects approximately $40 million of Other Expense, net including interest expense in 2012 and its full-year 2012 effective income tax rate to be approximately 27 percent.

The results and guidance included in this release give effect to the company's June 22, 2012 disposition of its Entertainment business.