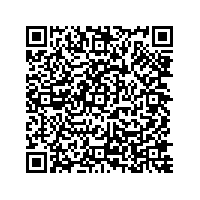 "NCR delivered strong third-quarter results, showing solid revenue growth across our core solutions and geographies," said Bill Nuti, chairman and chief executive officer of NCR. "We demonstrated resiliency in a weakened economic environment because we are executing well against our strategic priorities, managing for profitable revenue growth, building a sustainable and leading cost structure, and improving our working capital position. While we are managing prudently through the current macro environment, our focus on meeting the emerging demand for self-service solutions from customers who are seeking to strengthen their relationships with consumers, combined with the efficiencies we continue to build into our business model, gives us confidence to raise our revenue and profit outlook for 2008."

In addition, the company used $104 million of cash to repurchase approximately 4.1 million shares of NCR stock in the third quarter.
The income tax expense in the third quarter of 2008 includes a $16 million benefit related to Internal Revenue Service audit settlements for the years 2000 through 2006.

In the third quarter, NCR continued to execute on the largest new product introductions in the company's history, delivering enhanced solutions to customers in the financial and retail industry markets, as well as verticals such as healthcare and entertainment that offer additional growth opportunities for self-service solutions.
The rollout of NCR SelfServ(tm), NCR's new automated teller machine (ATM) product family, continues to progress successfully with over 8,000 units ordered by more than 230 customers around the globe year-to-date. NCR SelfServ has been installed by major customers both in developed and emerging markets, including Australia, Canada, China, Russia, Saudi Arabia, Spain, Turkey, the United Kingdom and the United States. By year-end 2008, the company anticipates that new customer orders for NCR SelfServ will surpass those of the NCR Personas ATM product line, further validating customer confidence in NCR's SelfServ family of ATMs.

Earlier this month, NCR introduced its latest point-of-sale workstation, the NCR RealPOS(tm) 70XRT, at the 2008 NACS (the association for convenience and petroleum retailing) Show in Chicago. Featuring advanced Intel® technology, the NCR RealPOS 70XRT is designed to deliver powerful and efficient technology, innovative design, and industry-leading serviceability and manageability to retailers around the globe in the hospitality and convenience industries, as well as other retail industries. The NCR RealPOS 70XRT is supported by a comprehensive suite of services designed to achieve a faster return on investment and increased customer satisfaction.

In the entertainment market, NCR and Toshiba agreed to enter into an equity investment in MOD Systems, an industry-leading provider of digital media delivery systems for retailers. The investment is part of an aggressive initiative to leverage breakthrough portable digital storage technology that offers the potential to revolutionize how consumers download movies, TV shows, music and other digital content at a wide variety of locations, and then replay it on multiple devices. The initiative will combine technologies developed by each company, and is aimed at meeting the explosive demand for easier access to high-quality digital entertainment and other content.