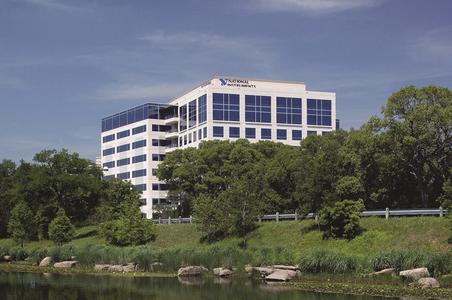 The real-time testbed includes an FPGA-based LTE physical layer in source code so that different scenarios of LTE-U and LAA can be tested, evaluated and potentially augmented to assess performance and increase data rates for systems built on existing LTE and 802.11 infrastructure.

Because both LTE-U and LAA use the 5.9 GHz unlicensed ISM band to augment the cellular spectrum, LTE-U and LAA capable devices must “share” the channel with WiFi equipment such as 802.11a and 802.11ac. The 3GPP Technical Specifications Group is focusing on LAA because it complies more universally with global spectrum regulations while LTE-U may be rolled out regionally.

Based on the NI USRP RIO software defined radio and the LabVIEW Communications System Design Suite, the NI testbed provides a ready-to-run system composed of the following components:
“Several proposals have been incorporated in the proposed 3GPP standard to minimize interference with existing unlicensed band users,” said James Kimery, director of RF Research and SDR Marketing at NI. “However, with any new standard, thorough prototyping and testing are necessary to ensure a smooth adoption. NI’s LTE-U/LAA testbed will help researchers assess the impact of the new standard in specific test scenarios.”

Since 1976, NI (ni.com) has made it possible for engineers and scientists to solve the world's greatest engineering challenges with powerful, flexible technology systems that accelerate productivity and drive rapid innovation. Customers from a wide variety of industries - from healthcare to automotive and from consumer electronics to particle physics - use NI's integrated hardware and software platform to improve the world we live in.

Deutsche Unternehmen finden sich laut einer aktuellen Umfrage des Branchenverbandes Bitkom zu abhängig von ausländischen Digitalimporten. Der Verband konstatiert deswegen fehlende digitale Souveränität und fordert statt freier Marktwirtschaft staatliche Initiativen. read more
The publisher indicated in each case is solely responsible for the press releases above, the event or job offer displayed, and the image and sound material used (see company info when clicking on image/message title or company info right column). As a rule, the publisher is also the author of the press releases and the attached image, sound and information material.
The use of information published here for personal information and editorial processing is generally free of charge. Please clarify any copyright issues with the stated publisher before further use. In the event of publication, please send a specimen copy to service@pressebox.de.