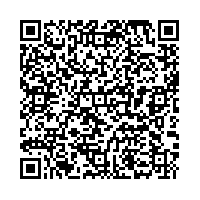 By cleaning heat exchangers with JetMaster, problems with air-conditioning / ventilation have been solved at the airport in Vienna 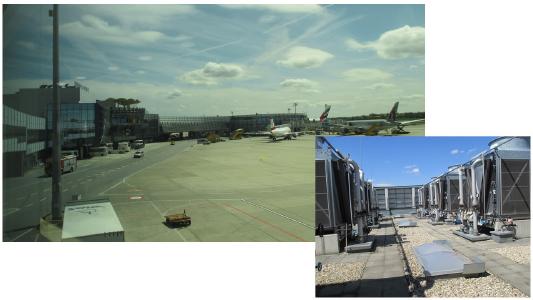 (PresseBox) ( Bielefeld, 17-05-11 )
Vienna International Airport was founded in 1938, formerly it was used as a military airport. In 1954, Vienna Airport became Austria's first privately managed airport. The name of the operating company of Flughafen Wien Betriebsgesellschaft m.b.H. has changed to Flughafen Wien AG in 1992. Vienna Airport is thus one of the few airports in Europe which is listed on the stock exchange. It is the most important airport in Austria with two runways, around 226,000 flights with 23.4 million passengers (as of 2016). With this large number of people, a fully-functioning air-conditioning system plays an important role for the airport.

Successful cleaning of heavily soiled heat exchangers
At the Vienna International Airport, a large number of lamellar/fin heat exchangers can be seen in the cooling / air-conditioning system as shown in Figure 1.
At the Vienna airport the external heat exchangers were highly contaminated with dust, especially by cement, lime and gypsum dust, due to the surrounding industrial environment. These situations severely impacted the cooling performance. Such pollution causes energy costs to rise rapidly by 10-30% or more. The corrosion caused by contamination can also lead to a significant reduction in the service life of heat exchangers. Several cleaning attempts of the extreamly dirty heat exchangers - 10 units with a total area of more than 400 square meters - had been mostly unsuc-cessful for years. Through a cleaning trial with chemicals, the dusts became very hard like "cement" and the lamellas/fins have started to corrode due to chemical reactions.

In cooperation with the sister company mycon, Kipp Umwelttechnik successfully im-plemented combination of “JetMaster” system with three other devices. Significant amounts of residues were removed from the heat exchangers. The cleaning effect was so great that the through-value of the heat exchangers is almost returned to a new state after cleaning.

Mr. Rödler, Facility Management, Head of Domestic Engineering:
"The exposed location of our airport in an area with a large number of huge industrial companies has led to a considerable strain on our heat exchangers. With the use of the JetMaster system with several process steps, Kipp Umwelttechnik was the first company which was able to achieve our desired effect of a complete cleaning. All previous cleaning attempts by other companies had been more or less ineffective. "

The JetMaster process and it’s advantages:
The JetMaster process has been developed with the support of the Federal Ministry of Economics and Technology in cooperation with a university and offers considera-ble advantages such as- high cleaning quality, cost effective and environmentaly friendly. JetMaster works exclusively with compressed air and a small volume of normal water (drinking water quality). Compared to cleaning with a high-pressure cleaning instrument, the advantages are obvious: less water consumption, more gen-tle cleaning without damaging the sensitive lamella/fins, greater cleaning level. A cavitation effect ensures a high cleaning efficiency in less time. By not using chemi-cal additives, there is no additional burden for cleaning staffs and the environment.

Further information on the JetMaster can be found at: http://www.mycon.info/en/products/jetmaster

In the field of industrial cleaning, Kipp Umwelttechnik GmbH is the specialist for thorough and gentle cleaning in industry and for building cleaning.

Kipp Umwelttechnik GmbH was founded in 1991 as a sister company to the construction company Jens W. Kipp Tiefbau GmbH, which has existed since 1971. Both companies are businesses managed by entrepreneurs.

mycon GmbH has added to the group made up of Kipp Umwelttechnik GmbH and Jens W. Kipp Tiefbau GmbH since 2002.

As a sister company to the service business Kipp Umwelttechnik GmbH, mycon GmbH is involved with the development, production and sale of new products and automation technologies.

Many years of experience from the field of industry service led to several systems developments and patents, some of which with international recognition. mycon GmbH takes care of customer groups from a variety of industry and service fields.