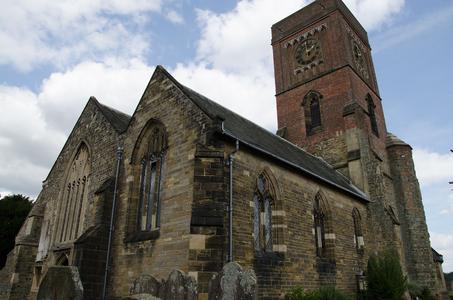 As an approved supplier for the diocese, RG Jones was approached by the Friends of St Mary's Petworth to submit a specification for the sound system. According to project manager Jeff Woodford: "The quote was agreed within a week. TURBOSOUND products were selected because of my long-time familiarity with the brand, and also because the company is a local supplier that we know and trust."

According to the Friends of St Mary's Petworth, the sound quality in much of the church had been originally poor, and they wanted a better solution with improved clarity of speech and music. RG Jones impressed them with a good informational website and a well-presented technical quotation from Woodford. "As a result we decided to fund the purchase of a new and technically superior sound system that would be flexible enough to cater for all our needs in the future," they commented.

"St Mary's is one of the bigger churches that we've done and I chose to install the Impact series because of its excellent sound quality and ability to colour-match to really blend in to the surroundings," says Woodford. "Impact comes with 100 volt line distribution as standard which makes the cabling really easy, and the tap selectors conveniently allow you to step down the output from each speaker depending on the coverage and level needed in each zone."

"Jeff was particularly skillful in colouring the speakers in such a way that they blended in with the fabric of the church," emphasise the Churchwardens.

"You can get a great sound with Impact. With a good processor you can add a little EQ here and there, but it really doesn't need a lot to get a good result," says Woodford.

Did the new TURBOSOUND audio system meet with the Friends' expectations? A resounding 'yes' was the response. "Many people have commented on the improvement in clarity and speech intelligibility," they said. "We are delighted with the result!"

TURBOSOUND is a leading designer and manufacturer of professional loudspeaker systems serving the most demanding audio professionals on major tours, festivals, theatre, worship and A/V markets. Since building their first system for seminal rock group Pink Floyd in the late 1970s, a number of principal patents and honours have been bestowed upon TURBOSOUND including three Queen's Awards; most recently for Innovation in 2012, which recognises two ground-breaking design concepts - the Polyhorn and Dendritic waveguides. Both now form the heart of TURBOSOUND's core product ranges - Aspect, Flex Array and large-scale Flashline loudspeaker systems.