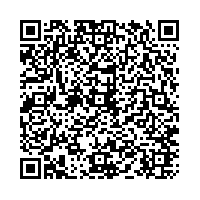 (PresseBox) ( Nuremberg, 12-09-04 )
MID GmbH: MID has been awarded a contract within the 4th framework proposal "System Development Business Concept and Analysis". These services will be implemented within a four year time frame. You can find more information about MID and Innovator under www.mid.de.

The business management area, system development, within the Federal Employment Office's IT system house is responsible for new and further developments, as well as maintenance of over 100 IT systems. A further 40 IT development projects are currently being implemented at the same time.

MID has been supporting the further development of the Federal Employment Office's application landscape for many years now. The BA trusts in MID's expertise in a wide array of projects where model-driven software development is employed. All business processes used in the BA, applications such as those for calculating unemployment benefits, user guidance for granting family allowance, general calendar management and central records for personal and working data have all been modeled using the modeling tool, Innovator.

"Model-based development of business concepts and integrated IT systems analysis are some of MID's core expertise. We also have many years of work in the public sector under our belt" explains Jürgen Leuschel, managing director of MID GmbH as the reason for this success.

IT Department in the BA

The Federal Employment Office's IT is split into the areas of IT control, IT systems company and regional IT service. The BA's IT systems company has more than 2,200 employees. The IT systems company has its main domicile in Nuremberg and is the BA's operative IT service provider; it is divided into the areas of system development, production, user service and internal service. The net infrastructure and workstations are part and parcel of the production sector. The Federal Employment Office's IT department performs the whole data center service for 1,800 linked properties. With its 160,000 networked PCs and corresponding infrastructure (e.g. 11,400 servers, three central powerful computer centers, 100 administrative procedures), the BA's IT department is constantly developing and improving one of the largest IT landscapes in Germany.

You can find more information about the BA's IT system house under www.arbeitsagentur.de/it

MID teams are focused on central modeling as a reference for extensive processes in companies and big IT projects. Top German companies and authorities rely on the products, knowledge and support provided by MID - the modeling company. More than 100 specialists put this vision of realizing efficient and effective IT systems with concrete requirements for processes and products into practice. And all this, for more than 30 years.

Processes are created in the standard notations BPMN 2 or UML 2 and can be seamlessly transferred into UML or ERM software models. The aim is to develop or generate executable code. A perfected rights and roles concept for all stakeholders, transparent collaboration and powerful functions ensure your model success.