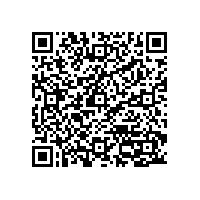 Subscribe to news
(PresseBox) ( Zurich, 09-07-21 )
Micronas (SIX Swiss Exchange: MASN) suffered further during the second quarter from the economic crisis and the continuing slowdown in the automotive sector. The far-reaching measures decided in February, most of which concerned the Consumer division, resulted in another, planned decline in turnover. Consolidated net sales for the second quarter came to CHF 64.2 million, which is 20.1 percent down on the first three months of the year. There was a quarter-on-quarter improvement in the operating loss before exceptional items from CHF 29.4 million to CHF 25.1 million. Net gain from the partial sale of the Consumer division to Trident Microsystems on May 14, 2009 came to CHF 8.7 million. The sale also meant that restructuring costs were lower, so CHF 15.8 million could be released from the restructuring provisions created in the previous quarter. This resulted in an operating loss at the EBIT level of CHF 0.6 million (CHF -158.9 million). The overall loss for the second quarter of 2009 came to CHF 1.3 million, leaving earnings per share at CHF -0.04. On June 26, 2009, Micronas held cash and cash equivalents of CHF 206.3 million and shareholders' equity of CHF 152.9 million. Those parts of the Consumer division not taken over by Trident have been closed down as planned. Most of the affected employees have left the Company. By the end of 2009, all the restructuring measures will be finished.

The economic crisis continued to dominate developments in the automotive sector. Falling sales, very high stocks of unsold vehicles and low purchasing power in several key countries have forced many manufacturers to take drastic action. Micronas has also been affected. The collapse in orders in the first quarter led to low delivery volumes in the second. The sales figure of CHF 25.3 million was 29.1 percent down on the previous quarter, while operating profit (EBIT) deteriorated from CHF 0.3 million in the first quarter to a loss of CHF 6.9 million. This decline is due mainly to the fall in sales and lower capacity utilization at the production plant in Freiburg.

Although the experts don't expect to see a change in car sales trends before the middle of 2010, the big automotive suppliers (OEMs) are planning higher manufacturing volumes for the coming months, which should have a positive impact on Micronas from the fourth quarter of this year. There is no doubt that electronics will continue to play a central role in car making in future as manufacturers seek to reduce weight and fuel consumption as well as costs. Micronas will benefit from this trend with its current and planned products.

The Consumer division's sales for the second quarter were down 13.2 percent on the previous three months to CHF 38.8 million. The operating loss before exceptional items was CHF 18.3 million, which is 38.4 percent lower than for the first quarter of the year. The partial sale of the Consumer division to Trident Microsystems generated a net gain of CHF 8.7 million and also led to lower restructuring costs, meaning that CHF 15.8 million could be released from the restructuring provisions created in the previous quarter. The Consumer division thus posted an overall operating profit (EBIT) for the second quarter of CHF 6.3 million (CHF -159.2 million).

Those parts of the Consumer division not taken over by Trident have been closed down as planned. By the end of June most of the affected employees had left the Company. Restructuring will be completed in full by the end of 2009. The vast majority of remaining orders placed by Consumer customers will have been delivered by the end of the year.

Owing to the crisis in the car industry, capacity utilization at the Freiburg wafer plant fell to below 50 percent in the second quarter. In order to prevent a buildup of stocks, short-time working was introduced for about 750 employees in Freiburg from mid-April until further notice.

Detailed financial data can be accessed at www.micronas.com.