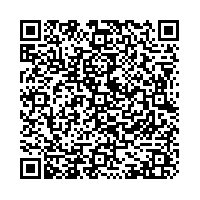 Subscribe to news
(PresseBox) ( Zurich, 10-07-20 )
.
- Micronas continued to consolidate its position in the second quarter
- With sales growth of 4 percent and a CHF 5.3 million rise in EBIT compared with the previous quarter, Management expectations have been exceeded
- Automotive sales were up 5.7 percent, while Consumer sales remained at the previous quarter's level
- The outflow of cash in operating areas was stopped in the first half year
- For 2010 as a whole, the Board of Directors and Management expect the Company to break even, with an EBIT margin of between 5 and 7 percent

The Micronas Group's consolidated net sales for the second quarter of 2010 came to CHF 49.3 million, slightly higher than for the previous quarter (+4.0 percent), thanks to the improvement in Automotive sales. Operating profit (EBIT) was CHF 5.3 million higher than in the first quarter at CHF 6.1 million. This means that for the second quarter in a row, actual results exceeded the forecasts made by Micronas Management.

After taking financial expense and income into account, there was a loss of CHF 0.4 million for the second quarter, compared with a loss of CHF 3.9 million in the previous quarter. This resulted in earnings per share of CHF -0.01. On June 25, 2010, Micronas held cash and cash equivalents of CHF 167.9 million, which is CHF 11.2 million lower than on March 26, 2010. CHF 12.1 million of this went on restructuring costs. The outflow of cash in operating areas has already been stopped in the first half of 2010. The equity ratio is 39.0 percent on shareholders' equity of CHF 117.8 million.

"Micronas is continuing to consolidate in the second quarter," says Micronas CEO Matthias Bopp. "Benefiting from measures initiated by the Board of Directors and the Management at the start of the year as well as from higher sales, we were able to improve again the operating result."

The Automotive division's sales were up 5.7 percent on the previous quarter to CHF 42.4 million. Operating profit came to CHF 4.3 million, representing an increase of CHF 3.4 million on the first quarter. The costs associated with not completely utilized manufacturing capacity are still charging the operating result by CHF 2.9 million.

The automotive market is very heterogeneous at the moment. While the tailingoff of stimulation programs in Europe is having a noticeable effect, the market continues to grow in the USA. Sales were higher yearonyear for each of the first five months of 2010. Positive growth trends are also evident in Japan. In China, the automotive market continues to grow strongly, though the pace of expansion is slowing slightly. In 2010, China remains by far the biggest market for cars, followed by the USA and Japan. The premium car segment in China is growing especially fast, which is benefiting German car manufacturers in particular.

In May 2010, Micronas delivered the 500 millionth linear Hall sensor in the HAL 8xy family. Hall sensors are suitable for contactless and wearfree capture of linear and angular measurements. The HAL 8xy family is mainly used in cars to control throttle valves and adjust headlights, as well as in electrical power steering systems and fuel level measurement. The success of these linear Hall sensors is based on their programmability via an EEPROM (Electrically Erasable Programmable Read-Only Memory) within the chip itself, and their resistance to a wide range of temperatures from -40 to 170 degrees Celsius.

Sales by the Consumer division came to CHF 6.9 million, compared with CHF 7.3 million in the previous quarter. The division's operating profit for the second quarter was CHF 1.8 million.

Utilization of production capacity at our Freiburg site was above 70 percent in the second quarter thanks to increasing demand for sensors, as well as residual volumes of Consumer production. The shorttime working imposed during the second quarter was lifted at the end of June in Freiburg for the holiday months of July and August.

The Board of Directors and Management of Micronas believe that the successful restructuring and the associated strategic focus on the Automotive segment with two product lines - Halleffect sensors and embedded microcontrollers - will continue to improve the Company's profitability. For 2010 as a whole, the Board of Directors and Management expect the Company to break even, with an EBIT margin of between 5 and 7 percent.

Micronas (SIX Swiss Exchange: MASN), a semiconductor designer and manufacturer with worldwide operations, is a leading supplier of cuttingedge sensor and IC system solutions for automotive electronics. Micronas offers a wide range of Halleffect sensors and embedded microcontrollers for automotive and industrial applications, for instance in drive trains, chassis frames, engine management and in convenience functions.