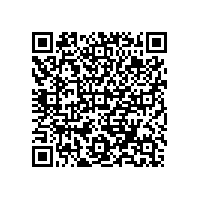 Subscribe to news
(PresseBox) ( Zurich, 13-04-23 )
. As expected, continuing uncertainty in the automotive market and the persistent weakness of the Japanese yen against the euro had a negative effect on business at Micronas in the first quarter of 2013. Incoming orders grew healthily, rising by 35.3 percent since the fourth quarter of 2012 to CHF 44.3 million. The book-to-bill ratio for the first quarter of 2013 came to 1.19. Consolidated net sales amounted to CHF 37.2 million, which is 2.4 percent down on the previous quarter. This decline is entirely due to the discontinuation of consumer products at the end of 2012. Automotive sales remained around the previous quarter's level at CHF 35.5 million. The Micronas Group posted a g ross margin of CHF 10.7 million for the first quarter of 2013, which is 28.7 percent of overall sales. Operating profit (EBIT) was lower than in the previous quarter at CHF 0.5 million, giving an EBIT margin of 1.3 percent. Operating profit was brought down by the yen-euro exchange rate and by a slight fall in inventories.

Including the financial result and a tax income of CHF 0.7 million, Micronas Group showed a profit of CHF 1.0 million for the first quarter of 2013, compared with CHF 2.7 million in the fourth quarter of 2012. Earnings per share came to CHF 0.04. As at March 29, 2013, Micronas held cash, cash equivalents and short-term financial cash deposits of CHF 166.6 million, compared with CHF 169.9 million at end-2012. Shareholders' equity fell from CHF 152.0 million to CHF 126.7 million. This decline is attributable to the revised IAS 19 standard, which includes major changes to the way pension provisions are recognized, reported and disclosed. These changes are being applied for the first time in the 2013 financial year. As a result, pension liabilities recognized in the balance sheet as at December 31, 2012, were CHF 29.5 million higher, and deferred tax assets were also calculated and recognized. This led to a reduction in shareholders' equity and the equity ratio. Figure from past periods were adjusted accordingly. The equity ratio for the first quarter of 2013 was 42.4 percent, compared with an adjusted figure of 42.2 percent as at December 31, 2012.

The manufacturing areas in Freiburg, which include the front-end wafer fab and the back-end assembly and testing areas, continued to run at 73 percent capacity in the first quarter. Short-time work, which was introduced on February 4, 2013, was continued in some production areas. In addition, the site in Scotland was closed in calendar week 7.

At the ordinary Shareholders' Meeting of March 20, 2013, all of the proposals put forward by the Board of Directors were approved by a large majority. Board Members Heinrich W. Kreutzer, Lucas A. Grolimund, Dieter G. Seipler and Stefan Wolf were each re-elected for a one-year term up to the next ordinary Shareholders' Meeting. Once again CHF 0.05 per registered share was paid out to Micronas shareholders on March 27, 2013, against reserves from capital contributions.

The market environment remains difficult for Micronas in the first half, mainly because of the way the Japanese yen is performing against the euro. Based on a YEN-EUR exchange rate of 125, the Board of Directors and Management now expect to see sales of CHF 74 million for the first half of 2013, and an EBIT margin in the lower single-digit percentage range.

Micronas (SIX Swiss Exchange: MASN) is known and recognized in the automotive and industrial business as a reliable global partner for intelligent, sensor-based system solutions. Micronas offers a variety of Hall sensors and embedded controllers for smart actuators for automotive and industrial applications, such as drive trains, chassis frames, engine management and convenience functions.