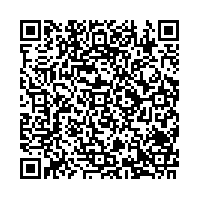 Subscribe to news
(PresseBox) ( Gwatt (Thun), 19-11-04 )
On July 22, 2019, Meyer Burger Technology Ltd (SIX Swiss Exchange: MBTN) announced that it had signed an important framework contract with a solar cell manufacturing start-up company in North America for its heterojunction (HJT) core equipment. The contract volume is expected to reach around CHF 100 million and is subject to the customer successfully concluding a financing round.

According to the latest information received from the customer, the financing round is still ongoing, although delayed as compared to the communicated expectations. It is currently expected to be completed in a few weeks at the earliest.

The comprehensive product range is complemented by a worldwide service network with spare and wearing parts, consumables, process know-how, maintenance and after-sales service, training courses and additional services. Meyer Burger is represented in the respective key markets in Europe, Asia and North America and has subsidiaries and its own service centers in China, Germany, India, Japan, Korea, Malaysia, the Netherlands, Switzerland, Singapore, Taiwan and the USA. At the same time, the company is also intensively developing the new PV markets in South America, Africa and the Arab region. The registered shares in Meyer Burger Technology AG are listed on the SIX Swiss Exchange (ticker: MBTN).

Meyer Burger is a leading technology company with a global presence, specializing in innovative systems and production equipment for the photovoltaic (solar), semiconductor and optoelectronics industries. As an internationally renowned premium brand, Meyer Burger offers its customers in the PV industry dependable precision products and innovative solutions for the manufacture of high-efficiency solar cells and solar modules.