At the EBITDA level, Meyer Burger confirmed the turnaround with a positive EBITDA of CHF 10.5 million (2015: CHF -55.9 million). EBITDA 2016 includes one-time extraordinary expenses in an amount of CHF 3.5 million related to the structural programme. The net result for fiscal year 2016 was substantially reduced compared to the previous year, but was still at CHF -97.1 million (2015: CHF -169.0 million), including one-time depreciation, impairment and provisions in an amount of CHF 11.9 million due to the decision to discontinue wire production at the US subsidiary DMT. With the structural programme, which was already launched at the end of September 2016, and additional optimisations Meyer Burger has laid the basis to also reach the turnaround on net profit level as quickly as possible.

For fiscal year 2017, the company is targeting to achieve a similar level of net sales as in the previous year with a substantial improvement in profitability.

DETAILS ON THE FINANCIAL RESULTS 2016

Meyer Burger’s expectation that wafer, cell and module manufacturers will release new investments in 2016 to upgrade their technologies or also partially invest in increasing their production capacities has been confirmed.

In the incoming orders for 2016, the Group experienced a strong demand for upgrade technologies which has been continuing in the first months of fiscal year 2017. The volume of new orders rose by 9% to CHF 455.6 million (2015: CHF 418.9 million). In the Photovoltaics segment besides various small- and mid-sized orders, the company won a number of larger orders for diamond wire saws, Heterojunction, SmartWire Connection as well as MB PERC / MAiA technologies in a total amount of about CHF 146 million (2015: CHF 142 million). The Specialised Technologies segment also achieved important orders in the various markets that are addressed by this segment.

Net sales increased by 40% to CHF 453.1 million (2015: CHF 323.6 million). Meyer Burger has reached its target of solid sales growth and slightly surpassed the guidance that was announced in conjunction with the recapitalisation programme (CHF 420 – 450 million). Adjusted for minor positive currency effects (1.4%) and the divestment of the Roth & Rau Ortner companies in August 2015, the organic sales growth on a like-for-like basis amounted to 43%.

The various measures implemented in previous years to reduce the operating expenses have shown the expected results. Operating expenses in total were below the previous year, despite the increase in net sales. Personnel expenses were at CHF 150.5 million in fiscal year 2016 (2015: CHF 154.8 million), other operating expenses at CHF 50.2 million (2015: CHF 55.4 million). The structural programme, which was initiated at the end of September 2016, led to one-time extraordinary expenses in an amount of about CHF 3.5 million in 2016. The cost reductions which will be achieved from the decline in personnel in conjunction with the structural programme will mainly become effective in the second half of 2017 (due to running termination periods).

The financial result, net, was CHF -20.3 million (2015: CHF -28.2 million). The change compared to the previous year is mainly due to different effects regarding the valuation of intercompany loans to foreign subsidiaries at each balance sheet date (due to unrealised positive / negative currency translation effects).

The extraordinary result includes expenses in conjunction with the decision to discontinue the wire production of diamond wire at Diamond Material Tech (DMT) in Colorado Springs, USA. This decision led to one-time non-cash related depreciation and impairment of inventory and manufacturing equipment as well as to provisions. The extraordinary result amounted to CHF -11.9 million in fiscal year 2016 (2015: 0).

Balance sheet: The balance sheet structure was substantially strengthened by the capital increase in December 2016. Total assets rose to CHF 629.9 million as at 31 December 2016 (31.12.2015: CHF 572.3 million). Current assets include cash and cash equivalents of CHF 246.4 million and inventories of CHF 95.2 million. In addition, Meyer Burger already holds CHF 3.1 million of its own 5% straight bond which is due in May 2017. Non-current assets consisted mainly of property, plant and equipment of CHF 100.5 million, intangible assets of CHF 43.8 million and deferred tax assets of CHF 71.7 million.

Cash flow from operating activities was CHF +2.6 million (2015: CHF -51.9 million) and improved by CHF 54.5 million compared to the previous year. This is mainly due to a marked improvement of the operating performance and a decline in net working capital.

Cash flow from financing activities was CHF +151.5 million (2015: CHF -2.0 million). The company received net proceeds of CHF 155.1 million from the capital increase in December 2016. Besides expenses for the capital increase, a further CHF 3.0 million was spent for the refinancing of the convertible bond.

In March 2017, the recapitalisation programme executed in November and December 2016 was finally and successfully completed with the legal validity of the verdict by the High Court of the Canton of Berne (which had approved the amendments of the conditions of the CHF 100 million convertible bond as previously approved by the bondholders’ meeting on 25 November 2016).

The repayment of the CHF 130 million straight bonds due on 24 May 2017 is secured and will be done with available cash and cash equivalents.

The long-term positive trend in solar energy will remain and PV produced energy will occupy an increasingly important position in the future energy supply in the coming years and decades. For Meyer Burger’s customers, the continuous growth in the end-installed PV base means that they have to make additional investments to keep up with technology advances in cell and module efficiency and with the rapid market growth.

For the fiscal year 2017, the company is targeting to achieve a similar level of net sales as in the previous year, and a substantial improvement in profitability.

The Annual Report 2016 and the investors‘ presentation for the fiscal year 2016 results are available for download on the company website www.meyerburger.com under – Investor Relations – Financial Reports & Publications. 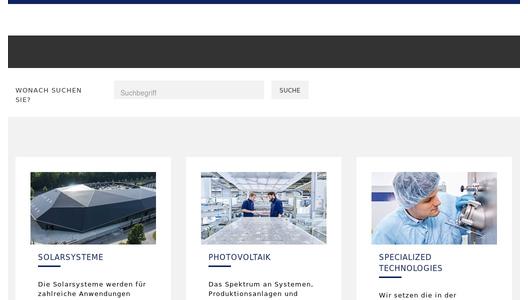 Meyer Burger is a leading global technology company specialising on innovative systems and processes based on semiconductor technologies. The company's focus is on photovoltaics (solar industry) while its competencies and technologies also cover important areas of the semiconductor and the optoelectronic industries as well as other selected high-end markets based on semiconductor materials. Over the past ten years, Meyer Burger has risen to the forefront of the photovoltaic market and established itself as an international premium brand by offering superior precision products and innovative technologies.

Meyer Burger's offering in systems, production equipment and services along the photovoltaic value chain includes the manufacturing processes for wafers, solar cells, solar modules and solar systems. Meyer Burger provides substantial added value to its customers and clearly differentiates itself from its competitors by focusing on the entire value chain.

The company's comprehensive product portfolio is complemented by a worldwide service network with spare parts, consumables, process know-how, customer support, after-sales services, training and other services. Meyer Burger is represented in Europe, Asia and North America in the respective key markets and has subsidiaries and own service centres in China, Germany, India, Japan, Korea, Malaysia, the Netherlands, Switzerland, Singapore, Taiwan and the USA. The company is also working intensively to develop new markets such as South America, Africa and the Arab region. The registered shares of Meyer Burger Technology Ltd are listed on the SIX Swiss Exchange (Ticker: MBTN).