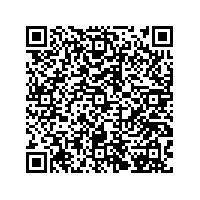 Closing of the sale of the Meyer Burger company building

Subscribe to news
(PresseBox) ( Gwatt (Thun), 19-10-31 )
Meyer Burger Technology Ltd (SIX Swiss Exchange: MBTN) today announces the closing of the sale of its headquarters building in Gwatt (Thun) to the Helvetica Swiss Commercial Fund (HSC Fund). The City of Thun waives its pre-emptive right to acquire the building and granted the pending approval for sale. The change of ownership took place on October 31, 2019. The total purchase price amounts to CHF 42.5 million, of which approximately CHF 31 million were transferred to Meyer Burger today and the remainder will follow in tranches over the course of the next five years.

The comprehensive product range is complemented by a worldwide service network with spare and wearing parts, consumables, process know-how, maintenance and after-sales service, training courses and additional services. Meyer Burger is represented in the respective key markets in Europe, Asia and North America and has subsidiaries and its own service centers in China, Germany, India, Japan, Korea, Malaysia, the Netherlands, Switzerland, Singapore, Taiwan and the USA. At the same time, the company is also intensively developing the new PV markets in South America, Africa and the Arab region. The registered shares in Meyer Burger Technology AG are listed on the SIX Swiss Exchange (ticker: MBTN).

Meyer Burger is a leading technology company with a global presence, specializing in innovative systems and production equipment for the photovoltaic (solar), semiconductor and optoelectronics industries. As an internationally renowned premium brand, Meyer Burger offers its customers in the PV industry dependable precision products and innovative solutions for the manufacture of high-efficiency solar cells and solar modules.