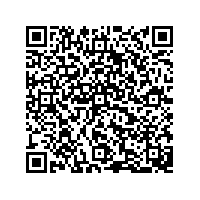 Plasma cutting and more with the MultiTherm® from Messer 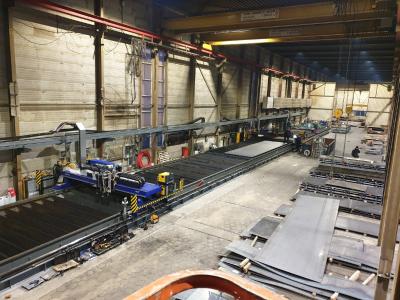 (PresseBox) ( Groß-Umstadt, 20-06-09 )
As customers enquired for ever more complex cutting and marking tasks, the company SVT Nederland BV saw only one solution: a second MultiTherm® plasma cutting system with marking functions was needed. It was supplied by Messer Cutting Systems GmbH – equipped with the most modern control technology and many options for the future.

Barely 30 kilometres away from the German border, in the province of Gelderland, the current seat of the company SVT Nederland BV is located in Vorden. In December 2012 Luuk van Malenstijn and Richard Kraak – both cutting experts with over 50 years’ experience in the branch – founded the company in Brummen. Its focus: plasma cutting, oxyfuel cutting, bending and weld preparation treatment as well as steel sheet processing projects in general. “The idea to form our own company came to me in mid-2012 while we were still working in another company with a similar direction. No sooner said than done – and a fast growth did not take long to materialise”, says Luuk van Malenstijn, Managing Director SVT Nederland.

So a move to a larger building in Vorden was already necessary at the start of 2017. There SVT expanded from 1.400 m² to an area of over 6.000 m². “That gave us the space to continue to grow. And we were successful!” added Richard. For the demand for ever more complex and complete cutting projects as well as special marking operations grew steadily. This led to the decision to invest in an additional cutting machine.

On course for success with plasma and marking function

The decision for the new machine was easy, explained Richard Kraak: “As the first cutting machine from Messer Cutting Systems had already performed so well, we also ordered the next model from Messer too. The second Messer MultiTherm® has two plasma torches with two powerful Kjellberg HiFocus 280 Ampere power sources. It cuts 40 mm thick steel with no problem.” An Ink-Jet marking unit is also integrated, so that individual marking tasks can be offered with this machine, too. “By no means last, the high service level and robust quality were decisive for another Messer configuration”, explained Luuk van Malenstijn. In the course of the installation of the second MultiTherm® the current cutting table was extended by 20 metres giving a cutting table with a total length of 58 metres and a width of 4 metres equipped for especially long and wide products.

Controlled path into the future

To be totally up to date, the CNC Global Controls of all machines are updated to the current Windows 10 version. Its operating philosophy with pictograms on the touch screen just like those on Smartphones and other mobile computing systems, make the entire cutting process simpler and reproducible. “We immediately found our way around the Human Machine Interface as the entire operation is intuitive and reliable. With both machines we are fit for the future!” emphasised Luuk van Malenstijn.

Messer Cutting Systems is a global supplier of cutting edge technology for the metalworking industry. As market leader in this branch, we supply complete solutions and concentrate strategically on advising our customers and customer oriented innovation. Here, the focus is in particular on the digitalisation of processes and products. Messer Cutting Systems is represented with more than 900 employees in 5 main locations with production facilities and in more than 50 countries.
Our product range includes oxyfuel, plasma and laser cutting systems form hand guided machines right up to special machines for shipbuilding as well as machines and equipment for oxyfuel welding, cutting, brazing, soldering and heating. Spare parts, repairs, modernisation, maintenance and service as well as environmental technology round out the product portfolio. In-house software solutions optimise production and business processes. The product range is extended by solutions from technology partners, for example in the field of automation.
We support our customers as a competent partner with over 100 years of worldwide know-how.