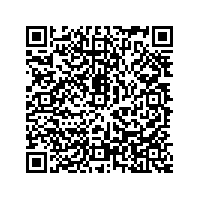 If the economies around the world are to continue to grow, then better use must be made of the raw materials hidden away in products, buildings and waste. Experts have even come up with a name for it: 'urban mining'. The technologies and services required to exploit this opportunity to the full will be on show in Munich between 13 and 20 September 2010, at the environmental technology trade fair IFAT 2010.

Every city is a giant raw materials mine. In times of dwindling natural deposits coupled with growing demand, in particular from the economies of China and India, efficient use of the resources that are already available will become an ever more pressing concern. Not least for reasons of cost-efficiency.

One example here is metal. Standard metals such as iron, steel, lead, copper, zinc and aluminium are already recycled to produce secondary raw materials in many countries. Over the last four years the price of aluminium rose by 80 percent, and that of copper by as much as 300 percent. And, although raw material prices have fallen dramatically again as a result of the economic crisis, "long-term the direction of prices remains upwards, despite such price fluctuations," to quote the view from the German Ministry of the Environment.

Electronic waste contains particularly valuable and rare metals. There may only be a few milligrams of gold, silver and palladium in each individual mobile phone or computer, but if you multiply this by the number of devices sold (1.3 billion mobile phones and 300 million computers worldwide in 2008), overall quantities are quite impressive. Efficient recovery of metals from used devices is thus very important in terms of the raw materials economy. At the same time, recovery and recycling plays a part in climate protection, because these processes involve only a fraction of the energy that is used to extract the raw materials by mining.

Buildings are also valuable repositories of raw materials. According to the Federation of the German Construction Industry (Hauptverband der Deutschen Bauindustrie) each year around 255 million tonnes of mineral waste comes building sites, and 92 percent of that could be recovered. Given this quantity, if it were all to be recycled, it would cover one third of total demand in the country for mineral raw materials. In addition, building rubble contains more copper, for example, than the hard-won ore from mines. This man-made stockpile of copper, according to the German government’s Advisory Council on the Environment (Sachverständigenrat für Umweltfragen), is already much larger than the remaining reserves still in the ground.

The current economic crisis is having a positive effect on business in recycling building waste. More activity is being seen in renovations and modernisation of existing buildings than in new builds. As a result more waste material is being generated, and this is helping to compensate for the current downturn in the building sector caused by the current financial crisis.

Other types of material of interest to urban mining are bio waste, glass, paper and card, plastics and compound materials. Recycling here is also having a positive effect on climate protection. Germany’s 'dual system' (the 'green dot') for recycling saved 59 billion mega joules of primary energy in 2008 through the recycling of 2.6 million tonnes of used packaging. That’s a saving of 1.4 million tonnes of carbon-dioxide emissions. According to DSD (Duales System Deutschland GmbH), which operates the scheme, that is equivalent to the volume of emissions generated by 630,000 cars in one year.

In striving to achieve a closed cycle of materials by recovering material from industry and private households, one of the main challenges is to ensure the required resources are recovered in adequate quantities, on a continuous basis and in a constant quality. The problem is that the materials that are available occur in small, sometimes very small quantities, and there are tremendous variations in both quantity and composition. If secondary raw materials are to be recovered in a cost-efficient way, and with a high yield, they have to be identified as fully as possible and managed in an efficient, properly coordinated recycling chain, through all the stages of logistics, sorting/dismantling, preparation and final processing.

Messe München International and IFAT are making their contribution to protecting the environment. For further information, go to: www.ifat.de/...


IFAT
In 2008 IFAT set a new record for attendance, with 2,605 exhibitors from 41 countries and around 120,000 trade visitors from 170 countries. IFAT 2010, the 16th International Trade Fair for Water – Sewage – Refuse – Recycling, takes place at the New Munich Trade Fair Centre from 13 to 17 September 2010. It is the world’s most important trade fair for innovations and new developments in the fields of water, sewage, refuse and recycling. The event offers an attractive exhibition programme featuring state-of-the-art technology and a broad range of professional services for water, sewage and refuse management.

Messe München International (MMI) is one of the world’s leading trade-fair organisers. It organises around 40 trade fairs for capital and consumer goods, and key high-tech industries. Each year over 30,000 exhibitors from more than 100 countries, and over two million visitors from more than 200 countries take part in the events in Munich. In addition, MMI organises trade fairs in Asia, Russia, the Middle East and South America. With six subsidiaries abroad - in Europe and in Asia - and with 66 foreign representatives serving 89 countries, MMI has a truly global network.