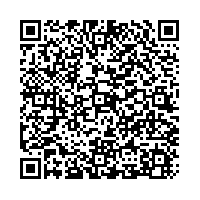 The production of biogas, in particular in small, decentralized systems, has been common in China for decades. Last year around one in ten families in the rural regions of China cooked with biogas. The majority of this environmentally-friendly fuel was produced on a very small scale in the 18 million independently operating domestic plants. A further 1.4 million households were supplied with biogas for cooking purposes by larger systems via 700 distribution networks. This saved the atmosphere from the emissions that would have arisen from over eleven million tonnes of coal equivalent. The Chinese government is looking to further expand this decentralized use of bio-energy. According to the national biogas-development concept, up to 70 percent of the rural households will be supplied with biogas by the year 2020.

For a number of years this energy-rich waste product has been used increasingly also for generating electricity. "Biogas power plants with a capacity of over 500 kW of installed electrical output are particularly in demand," says the German bio-energy expert Heinz-Peter Mang, who works for CIM (Centrum für Internationale Migration und Entwicklung ) as a consultant for bio-energy and sustainable sanitation management at the University of Science and Technology in Beijing. The background is the treatment of large quantities of waste, waste water and sewage, for example from industrial animal husbandry, from local-authority sewage works and city waste collection.
Large-scale biogas projects in China are being boosted by the focus on climate protection and the mechanisms for worldwide emissions trading. In 2008 and 2009 so far four large biogas power stations have been built, with an electrical output of between one and three megawatts. According to Mang, 90 further projects, each with over one megawatt of output, are currently either in construction or being planned. Long-term the market is expected to grow to include 7,000 such plants.

However, there are still a number of obstacles to be overcome for successful operation of biogas plants. "One of the main problems is that the political authorities in China are not yet giving enough support to making biogas plants cost-effective," said Mang. "They are focusing on encouraging the construction of such plants, but not so much on the really successful operation of systems to generate renewable energy. As such there are few specific incentives for the production and use of biogas and its residual products. Also, the whole product range arising from biogas production – gas, electricity, heat and fertilizer – is not being marketed in the best way. As for technology the Chinese biogas planning and construction companies often don’t have the expertise and this is limiting the innovations potential. Also, large-scale plant in particular is often being equipped with short-term technical components and building materials, prompted by the very tough competitive environment."

In general the development of efficient and energy-optimized large-scale biogas plants is, according to Mang, still seven to ten years behind the level of German technology. This opens up many business opportunities for German and other foreign companies. The prospects look particularly good, for example, for general services for plant operators, suppliers of components, and measurement and control technology, the development of highly efficient fermentation technologies, the introduction of new materials for reactor construction and gas accumulators, components for high-pressure biogas storage, co-generation plants with efficient use of thermal energy, and training in technology development.

An excellent opportunity for finding out about the market for environmental technology and in particular about the specifics of the biogas business in China, is provided by the environmental trade fair IFAT CHINA + EPTEE + CWS, which takes place from 5 to 7 May 2010 in Shanghai.

Messe München International (MMI) is one of the world’s leading trade-fair organizations with approximately 40 trade fairs for investment goods, consumer goods and new technologies. More than 30,000 exhibitors from more than 100 countries, and over two million visitors from more than 200 countries take part each year in the trade fairs in Munich. In addition, MMI organizes trade fairs in Asia, Russia, the Middle East and South America. With six foreign affiliated companies in Europe and Asia as well as 66 foreign representatives covering 89 countries, MMI has a global network. Environmental protection and sustainability are key priorities in all MMI´s operations, at home and abroad.